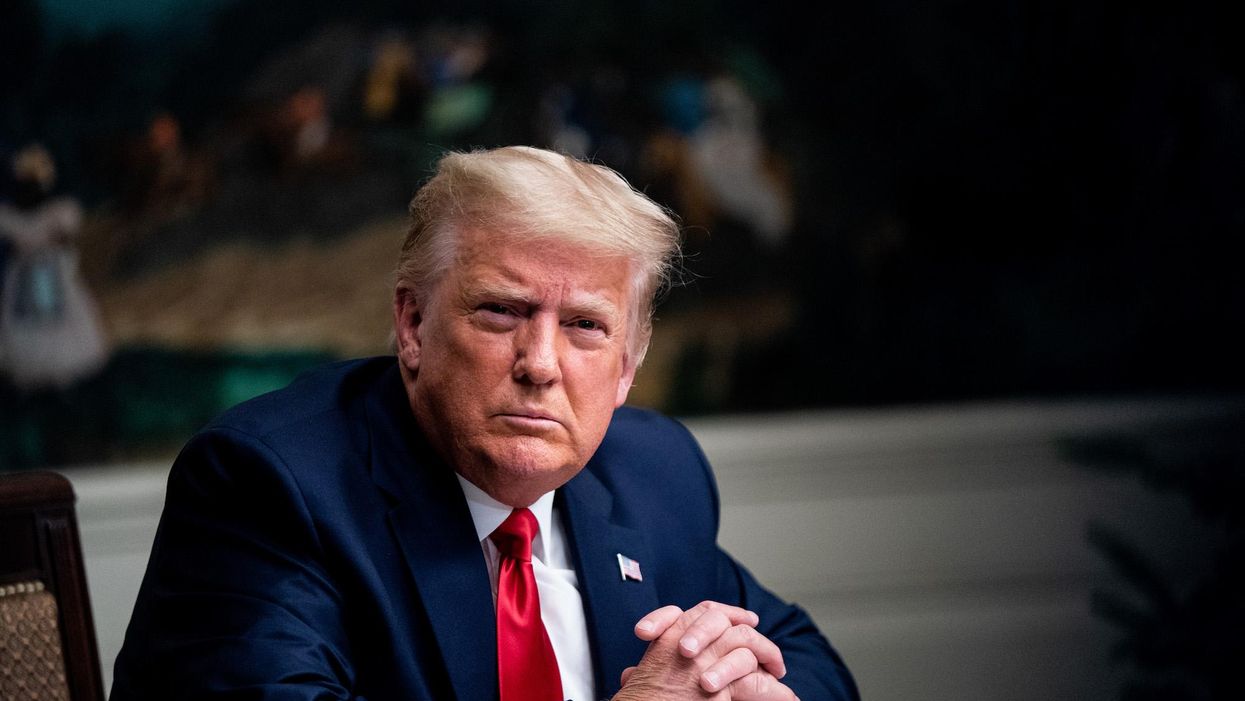 President Donald Trump called on the National Guard to help quell the violence at the Capitol after rioting broke out against members of Congress trying to certify the results of the election.

“At President @realDonaldTrump’s direction, the National Guard is on the way along with other federal protective services,” said McEnany.

At President @realDonaldTrump’s direction, the National Guard is on the way along with other federal protective ser… https://t.co/W155ExoyKF

“We reiterate President Trump’s call against violence and to remain peaceful,” she added.

Chaos erupted after tens of thousands of Trump supporters
demonstrated near the White House. Speaking at the event, Trump told his supporters that the election was rigged, and that Republicans who do not support his claims of voter fraud or who refuse to object to certifying the results are “weak.”

After that, the Trump supporters marched to the U.S. Capitol, where they stormed into the building and disrupted the proceedings. Members of Congress were evacuated and the session was suspended.

Scenes of chaos from within the riot were widely circulated on social media. One woman was shot in the neck and carried out of the melee on a stretcher.

Vice President Mike Pence tweeted and called for the violence to end.

“The violence and destruction taking place at the US Capitol Must Stop and it Must Stop Now. Anyone involved must respect Law Enforcement officers and immediately leave the building,” said Pence.

“Peaceful protest is the right of every American but this attack on our Capitol will not be tolerated and those involved will be prosecuted to the fullest extent of the law,” he
added.

Other lawmakers have decried the violence and the destruction at the nation’s capital.

Here’s more about the rioting at the Capitol:

Pipe bomb found at headquarters of the RNC; DNC evacuated; other suspicious packages being investigated, including at US Capitol