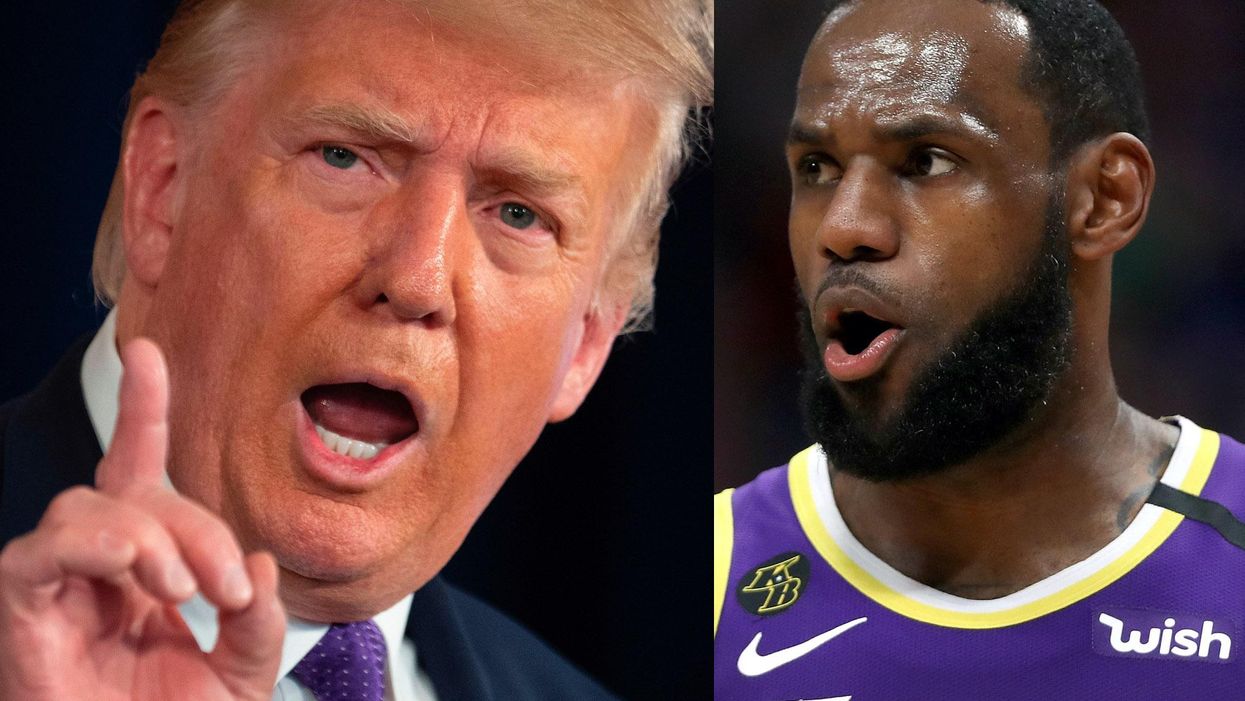 “LeBron James should focus on basketball rather than presiding over the destruction of the NBA, which has just recorded the lowest television RATINGS, by far, in the long and distinguished history of the League,” read the statement.

“His RACIST rants are divisive, nasty, insulting, and demeaning,” Trump added. “He may be a great basketball player, but he is doing nothing to bring our Country together!”

Trump might have been referring to a controversial tweet that the Los Angeles Lakers star sent out to his millions of followers after the police shooting of 16-year-old Ma’Khia Bryant on Tuesday in Columbus, Ohio.

Activists and protesters reacted angrily to reports from Bryant’s family that she had called the police over a fight in front of her home and had been shot herself and killed.

James joined the movement by tweeting a screenshot of the police officer involved in the shooting and added the text, “YOU’RE NEXT.”

The narrative was completely undermined by video released by the Columbus Police Department from the officer’s bodycam that appeared to show Bryant lunging at another girl with a knife in her hand.

James deleted the tweet after a flood of criticism, but he offered no apology.

I’m so damn tired of seeing Black people killed by police. I took the tweet down because its being used to create m… https://t.co/aP2xoizYEk

“I’m so damn tired of seeing Black people killed by police. I took the tweet down because its being used to create more hate -This isn’t about one officer. it’s about the entire system and they always use our words to create more racism. I am so desperate for more ACCOUNTABILITY,” James said.

The anti-police narrative was further bolstered Thursday with a second video from a neighbor’s surveillance camera that showed another angle of the lethal incident.