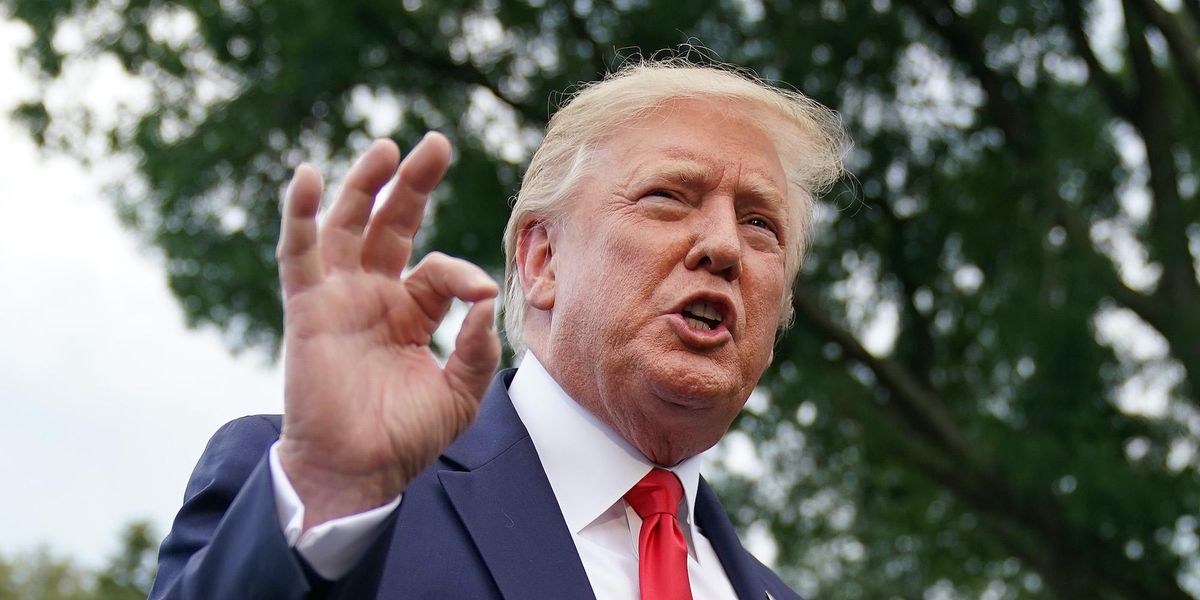 Trump, who was famously permanently suspended from Twitter after the U.S. Capitol rioting, released a statement blaming the collapse of their stock on their shutting down some accounts.

“Twitter stock ‘plunged’ as results are no longer cutting it for investors. Shares are off 15% today,” read the statement.

“Bad forecasts are hurting the outlook but more importantly, in my opinion, it has become totally BORING as people flock to leave the site,” he continued.

“[MoffettNathanson analyst] Michael Nathanson stated, ‘the math doesn’t make sense’ as he lowered his price target,” Trump concluded. “I guess that’s what happens when you go against FREEDOM OF SPEECH! It will happen to others also.”

Twitter’s stock price plummeted from $65.09 on Thursday to $55.22 on Friday after they reported their earnings. The drop represented more than 15% and billions in market capitalization.

They reported that their total number of monetizable daily users increased over the year previous by 20%.

Twitter was criticized by many when they suspended then-President Trump’s account after the attack at the U.S. Capitol by many of his supporters.

He has since said that they did him a favor since he prefers to issue statements instead of tweets. He has also said that he is considering creating his own social media application because Twitter has become boring and he wouldn’t go back even if they allowed him to return.

Despite the 15% decrease in the stock, Twitter has seen a massive increase in their price since they banned Trump. The stock is still up 22% from its price per stock in January after the ban,” from $45.17 to $55.22.