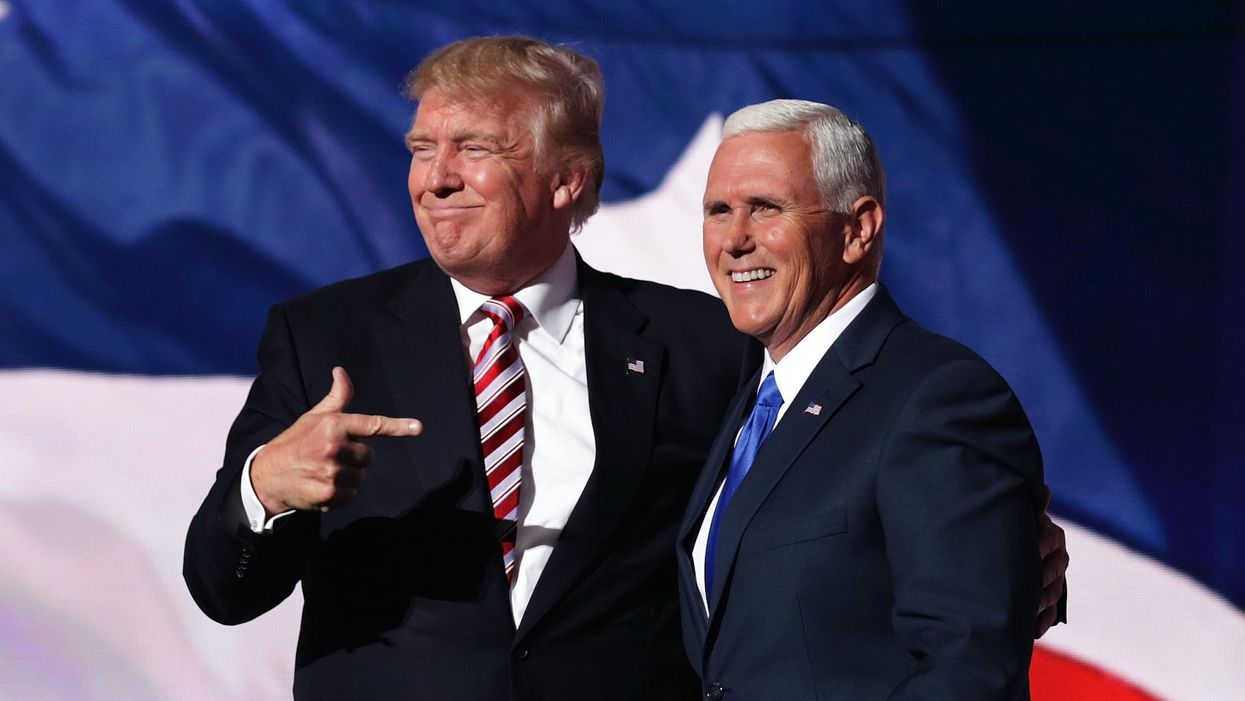 President Donald Trump refuted a New York Times report claiming Vice President Mike Pence told him that he could not decertify the official results of the 2020 presidential election.

The president fired off a statement Tuesday evening denying the report.

“The November 3rd election was corrupt in contested states, and in particular it was not in accordance with the Constitution in that they made large scale changes to election rules and regulations as dictated by local judges and politicians, not by state legislators. This means that it was illegal,” Trump continued.

“Our Vice President has several options under the U.S. Constitution. He can decertify the results or send them back to the states for change and certification. He can also decertify the illegal and corrupt results and send them to the House of Representatives for the one vote for one state tabulation,” the statement concluded.

Maggie Haberman, one of the reporters who wrote the article in question, noted the president’s statement but responded that the New York Times stood by the report.

Pence will preside over the official congressional tabulation of the electoral votes from the 2020 presidential election, but even some Republican lawmakers are rejecting the claims from the president that he has the power to reject any electoral votes. The session begins at 1 p.m. ET.

Sen. Tim Scott of South Carolina was among those Republicans denying any Constitutional course of action for the president to decertify the results.

“Thus far, no justice, judge or fact finder has found evidence indicating the election results in those states should be overturned,” said Scott in a lengthy statement Tuesday.

“As I read the Constitution, there is no constitutionally viable means for the Congress to overturn an election wherein the states have certified and sent their Electors,” he added.

Allies and supporters of the president are planning a protest in Washington, D.C., in order to pressure lawmakers to reject the official election results and pronounce Trump the winner of the 2020 election.

Here’s more about the fight over the 2020 election results: