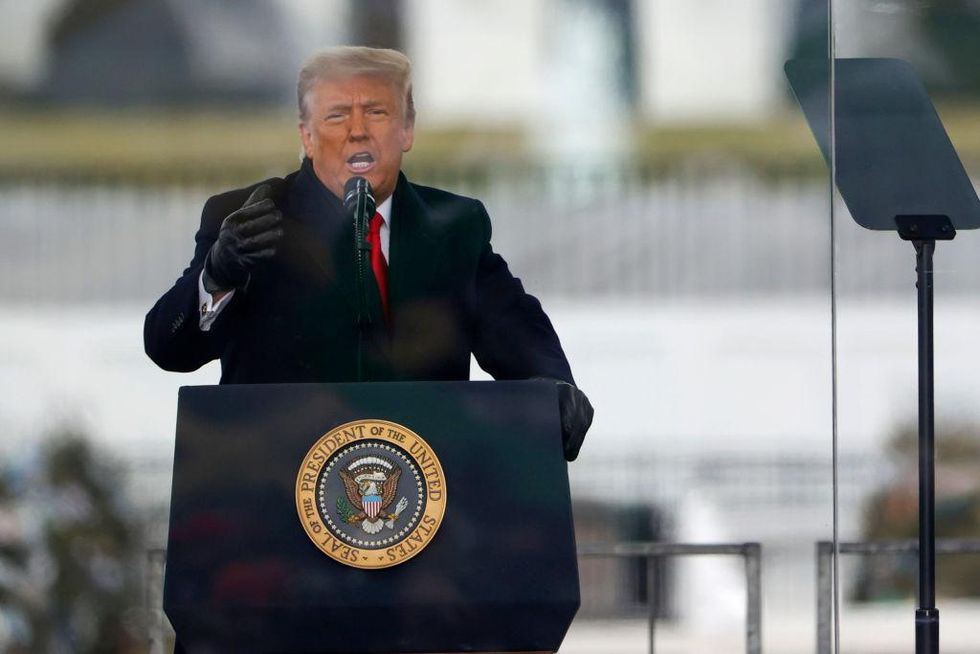 “Your letter only confirms what is known to everyone: you cannot prove your allegations against the 45th President of the United States, who is now a private citizen,” he added. “The use of our Constitution to bring a purported impeachment proceeding is much too serious to try to play these games.”

According to the Daily Beast, Trump adviser Jason Miller clarified in a statement to the news outlet, saying, “The president will not testify in an unconstitutional proceeding.”

Raskin had made the request in a letter to Trump and his attorneys on Thursday, alleging that they denied “many factual allegations” in their legal answer to the impeachment charge filed on Tuesday.

“You have thus attempted to put critical facts at issue notwithstanding the clear and overwhelming evidence of your constitutional offense,” Raskin wrote in the letter. “In light of your disputing these factual allegations, I write to invite you to provide testimony under oath, either before or during the Senate impeachment trial, concerning your conduct on January 6, 2021. We would propose that you provide your testimony (of course including cross-examination) as early as Monday, February 8, 2021, and no later than Thursday, February 11, 2021. We would be pleased to arrange such testimony at a mutually convenient time and place.”

Raskin asked that Trump reply with an answer by 5 p.m. Friday.

On Tuesday, Trump’s legal team rebuffed charges laid out by Democrats that he incited the violence at the U.S. Capitol on Jan. 6 or that he attempted to disrupt the counting of Electoral votes. Instead the defense claimed that Trump was acting within his constitutional rights by expressing “his belief that the election results were suspect” and in no way directed his supporters to act violently.

While the formal request by no means requires Trump to testify, it perhaps serves as a sign the Democrats plan to make an aggressive case against him.

However, despite the Democrats’ bluster, the trial is not expected to result in a conviction. Last week, 45 of the GOP’s 50 senators voted to object to impeachment proceedings in a procedural motion, leading Sen. Rand Paul (R-Ky.) to call the whole prospect “dead on arrival.” Democrats would need at least 17 Republican senators to vote in support of impeachment to convict Trump.

The Associated Press reported that GOP Sen. Lindsey Graham (S.C.), a staunch ally of Trump, said the letter is nothing more than a “political ploy.”

This week, Graham threatened Democrats against turning the dead-end trial into a lengthy “political commercial” by calling witnesses, warning Republicans would open up “Pandora’s box” and turn the spectacle back on them.