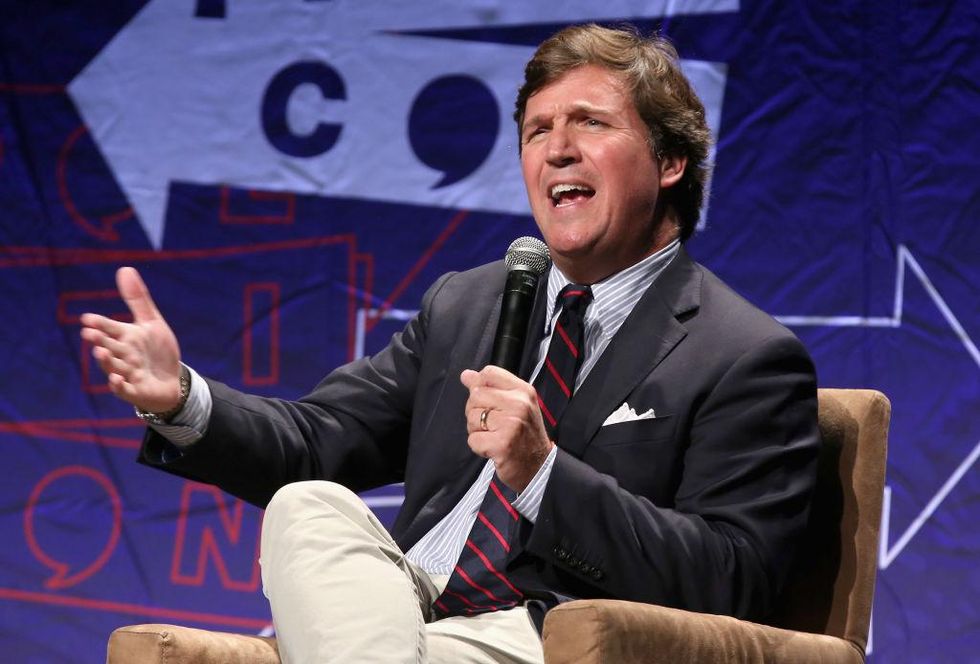 Conservative television host Tucker Carlson is alleging that the National Security Agency spied on his electronic communications and then leaked material to the media.

Last week Carlson said on his Fox News program that a whistleblower said that the government agency had been surveilling his electronic communications and planning to leak the material in an effort to get his show removed from the air.

The NSA released a statement in which it said that the TV host “has never been an intelligence target of the Agency” and that it “never had any plans to try to take his program off the air.”

A statement from NSA regarding recent allegations: https://t.co/vduE6l6YWg

Carlson decried the NSA’s statement as “infuriatingly dishonest” and said that the agency had not denied that it read his emails.

“But the question remains: Did the Biden administration read my personal emails? That’s the question that we asked directly to NSA officials when we spoke to them about 20 minutes ago in a very heated conversation. Did you read my emails? And again, they refused to say. Again and again. And then they refused even to explain why they couldn’t answer that simple question,” Carlson said on his show last week.


Tucker to the NSA: You didn’t answer the question

During a Wednesday interview with Maria Bartiromo Carlson said that he found out on Tuesday that the agency had leaked the contents of his “email to journalists in an effort to discredit me. I know because I got a call from one of ’em saying, oh this is what your email was about.”

“So, it is not in any way a figment of my imagination. It’s confirmed. It’s true. They’re not allowed to spy on American citizens — they are. I think more ominously they’re using the information they gather to put leverage and to threaten opposition journalists, people who criticize the Biden administration. It’s happening to me right now. And I think it’s shocking and I don’t think we should put up with it in a free country” Carlson said.

Bartiromo responded by saying that “This is the stuff of banana republics and third world countries.”

“Tucker Carlson was talking to U.S.-based Kremlin intermediaries about setting up an interview with Vladimir Putin shortly before the Fox News host accused the National Security Agency of spying on him, sources familiar with the conversations tell Axios,” the outlet reported on Wednesday.

“Axios submitted a request for comment to the NSA on Wednesday, asking whether the agency would also be willing to categorically deny that the NSA intercepted any of Carlson’s communications in the context of monitoring somebody he was talking to in his efforts to set up an interview with Putin,” the outlet said. “An NSA spokesperson declined to comment and referred Axios back to the agency’s earlier, carefully worded, statement. In other words, the NSA is denying the targeting of Carlson but is not denying that his communications were incidentally collected,” Axios noted.


Tucker on NSA spying allegations: This is a huge problem for the country