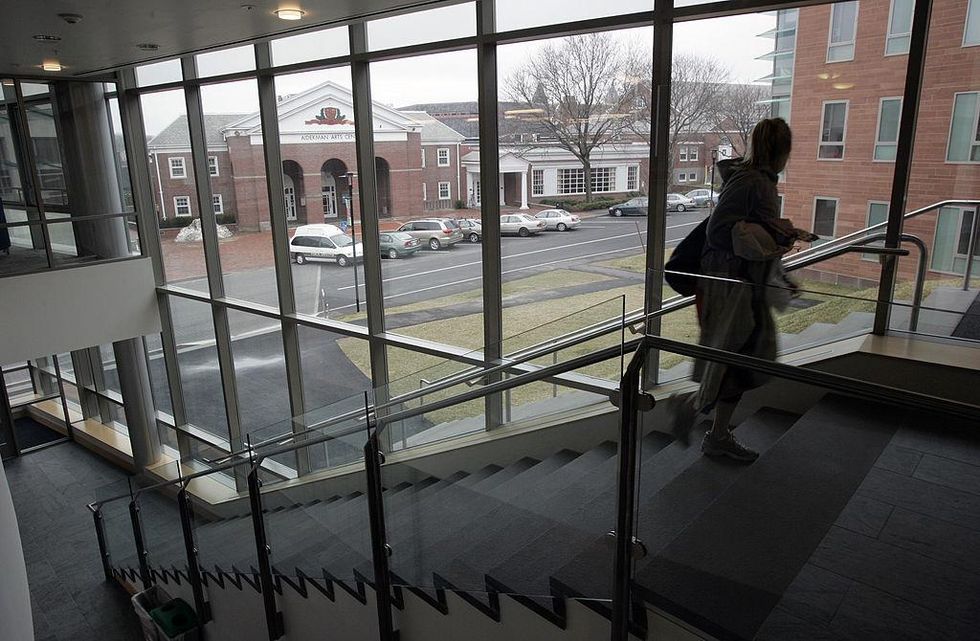 Tufts University in Massachusetts recently promoted an event intended to help white Christians consider how their religious beliefs have sowed racial divisions as well as “root out” the racism within their own hearts.

The event, titled “Rooting Out Racism: An Online Retreat for White Christian Folks,” was listed on the university’s event page in December and originally marketed as a “retreat about white supremacy,” according to Campus Reform.

“The work of dismantling racism is first and foremost a spiritual task,” the event description says. “This task falls primarily to white folks, for America’s unjust systems of oppression were largely created by white people, and these systems are largely sustained — often unconsciously — by white people.”

The host, an organization called “Spiritual Grounding,” which appears to be unaffiliated with the school, stated in the first edition of the retreat’s description that its impetus was “the groundswell of activism and attention on racism in the weeks since George Floyd’s murder [which] highlighted once again the need for white folks to do their work.”

Spiritually Grounding appears to have since removed the opening paragraph and some other phrasing from the event’s webpage, but not before Campus Reform was able to capture screenshots now included in the news outlet’s report.

In the original description, Spiritual Grounding asks “white people to search their souls” and to “understand how Christianity has contributed to racial inequity” as part of the virtual retreat.

It now states, “This 10-day, pray-at-your-own-pace online retreat is made up of daily streaming audio reflections and prayer prompts that invite white people to search their souls, understand how we got here, and prayerfully consider how we find our way forward.”

“You will be guided by an ecumenical group of Christian leaders and teachers … to spend 20-30 minutes in daily prayer over the course of a week and a half using Ignatian wisdom and spiritual practices to help you repent, lament, and uproot racism from both your own heart and from the world,” the description says.

The event is another example of how Critical Race Theory, an analytical framework that purports that Western institutions are inherently racist, has infiltrated American academia.

Speaking with Campus Reform, National Association of Scholars spokesman Chance Layton argued that while American Christianity can study its past and consider some of its cultural failings, it can do so without falling prey to CRT dogma.

“I believe American Christianity has a place to acknowledge its past, distance itself from the theology that upheld slavery and segregation as a natural right, and have a seat at the table today. It can do that without dabbling in the cult of Critical Race Theory,” Layton said.