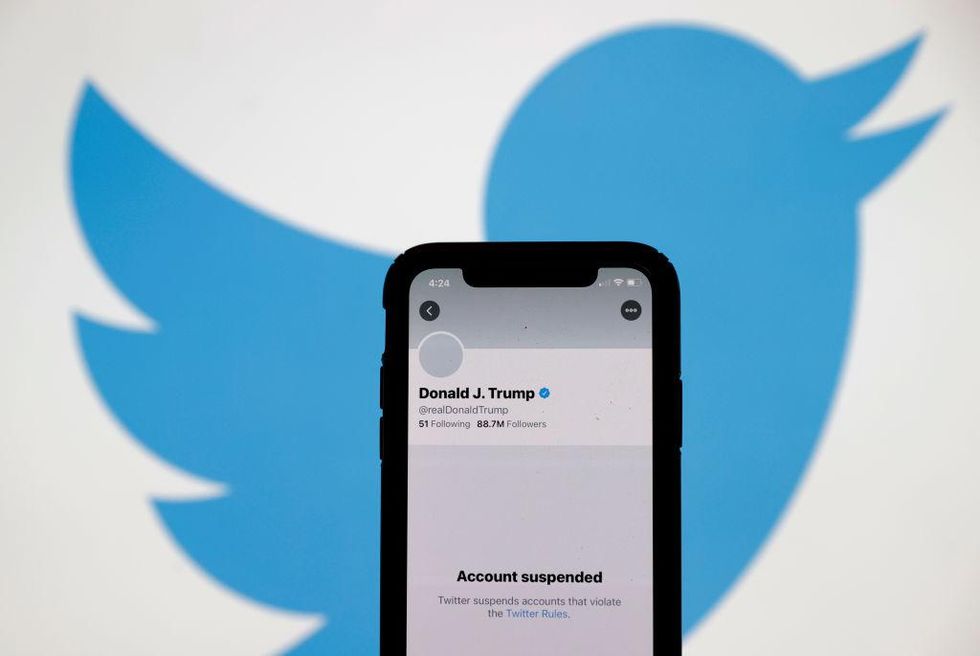 Twitter on Thursday took enforcement action against an account that shared messages from President Donald Trump’s personal micro-blog, suspending the account even though it was not set up by the former president or his team.

Trump was permanently banned from Twitter and indefinitely banned on other social media platforms last January for allegedly inciting the violence at the U.S. Capitol on Jan. 6 with posts he made. Deprived of those popular communications channels, the office of the former president this week launched a new website where Trump can post statements for his supporters to read, including endorsements of candidates for office and disparaging remarks for Republicans he doesn’t like. Those statements can be shared on the social media websites Trump cannot access directly.

The account was suspended within hours of going live.

Facing criticism for censorship of certain viewpoints, Facebook established an independent oversight board last year to review its content moderation actions. The board examined Trump’s indefinite suspension from its platforms and on Wednesday came to a decision upholding Trump’s de-platforming but criticizing Facebook for its “vague, standardless” penalty. The board said Facebook was “justified” in suspending Trump for violating its community standards but had acted arbitrarily by doing so without explaining the terms under which Trump can return to the platform or stating that he would be banned permanently.

Meanwhile, Trump is using his new personal platform to attack the “Fake News Media,” “Big Tech,” and “Radical Left Democrats” who he says are working in conjunction to cover up how the 2020 presidential election was fraudulent.

In a statement Wednesday, Trump slammed Facebook, Twitter, and Google for taking away his “Free Speech,” demanding that these companies pay a “political price” for their actions.