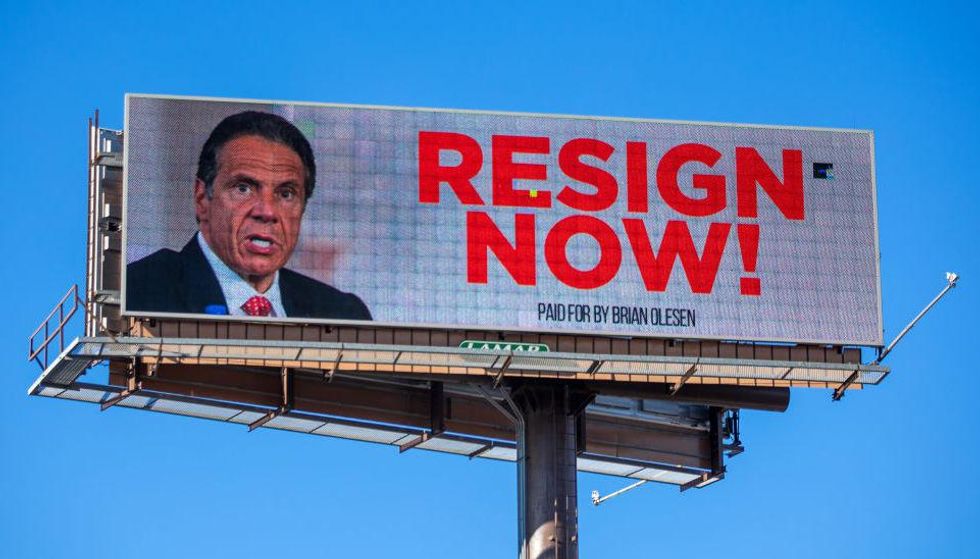 Two more women have come forward with allegations of sexually harassing behavior against Cuomo, bringing the total number of accusers to five. The women stepped forward as calls for Cuomo to resign or be impeached have intensified.

What are the newest allegations?

Ana Liss, who worked as a policy aide to Cuomo from 2013 to 2015, alleged that Cuomo harassed her to the point that she felt reduced to “just a skirt.”

The Wall Street Journal reported Liss as claiming that Cuomo “asked her if she had a boyfriend, called her sweetheart, touched her on her lower back at a reception and once kissed her hand when she rose from her desk.”

More from the Journal:

Ms. Liss recalled working at a May 6, 2014, reception at the Executive Mansion in Albany, which is Mr. Cuomo’s official residence. Mr. Cuomo was in a living room on the north side of the mansion’s first floor and noticed Ms. Liss, she recalled.” He came right over to me and he was like, ‘Hey, Sweetheart!'” she said.

She said the governor hugged her, kissed her on both cheeks and then wrapped his arm around her lower back and grabbed her waist. They turned to a photographer, who took a picture that shows Mr. Cuomo’s hand around her waist.

Liss told the Journal that she decided to come forward after other women went public with their allegations against Cuomo.

The fifth accuser, Karen Hinton, revealed her allegations to the Washington Post, which came when Cuomo was secretary of Housing and Urban Development in the Clinton administration.

Former press aide Karen Hinton endured a “very long, too long, too tight, too intimate” embrace from Cuomo in a dimly lit Los Angeles hotel room in December 2000, she told the Washington Post.

The married Hinton pulled away, but “he pulls me back for another intimate embrace,” she told the paper. “I thought at that moment it could lead to a kiss, it could lead to other things, so I just pull away again, and I leave.”

How did Cuomo respond?

In response to Liss’ allegations, Rich Azzopardi, a senior adviser to Cuomo, said, “Reporters and photographers have covered the governor for 14 years watching him kiss men and women and posing for pictures. At the public open-house mansion reception, there are hundreds of people, and he poses for hundreds of pictures. That’s what people in politics do.”

“This did not happen,” Ajemian told the Post. “Karen Hinton is a known antagonist of the Governor’s who is attempting to take advantage of this moment to score cheap points with made up allegations from 21 years ago. All women have the right to come forward and tell their story — however, it’s also the responsibility of the press to consider self-motivation. This is reckless.”

Cuomo investigation expanded to include top adviser who may have linked vaccines to political support for Cuomo: report