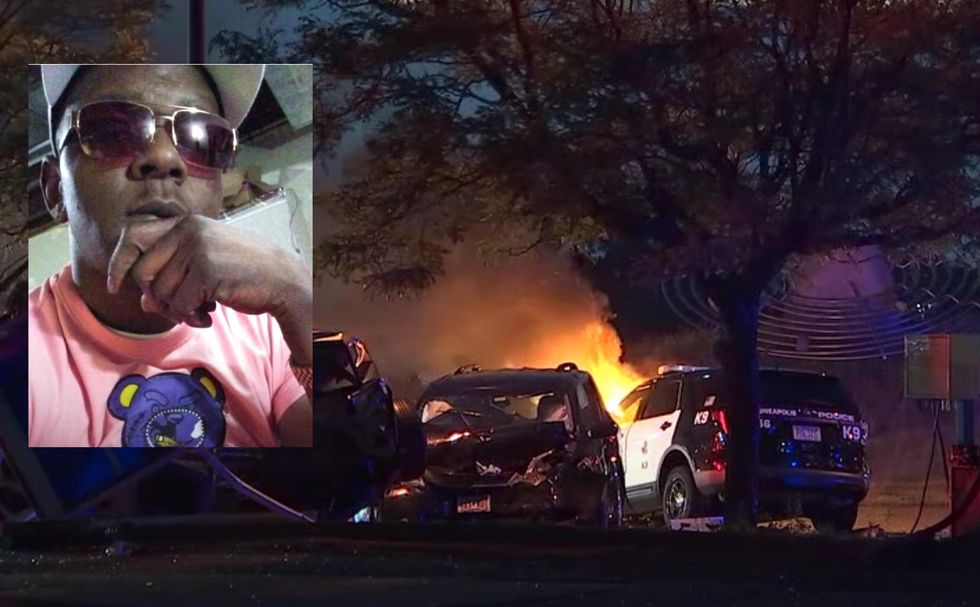 The uncle of the teenager who filmed the death of George Floyd was also killed by police after he was involved in a car accident during the car chase of an unrelated suspect.

“MINNEAPOLIS police Killed my uncle,” she confirmed. “Another black man lost his life in the hands of the police!”

40-year-old Leneal Lamont Frazier
was killed when his Jeep was struck by a Minneapolis police squad car that was chasing a robbery suspect shortly after midnight on Tuesday morning.

The officer in the accident suffered serious but non-lethal injuries, while Frazier died of his injuries. A K9 dog was also in the squad car, but suffered no injuries. The robbery suspect was able to flee from the scene and escape capture.

Family have gathered near a north #Mpls intersection where an MPD squad was involved in a deadly crash overnight. T… https://t.co/r49h5NN2CE

The police pursuit and the crash are being actively investigated.

Darnella Frazier was 17 years old when she recorded the arrest of George Floyd by Minneapolis police officers. Her video was used in the court trial against ex-Minneapolis Police Officer Derek Chauvin. She was later given a
special citation by the Pulitzer Prize Board for documenting the arrest and sparking protests across the nation.

Chauvin was found
guilty of the murder of George Floyd and sentenced to 22 1/2 years in prison.

A
GoFundMe account has been set up to help the family pay for funeral expenses.

Here’s more about the death of Leneal Frazier: