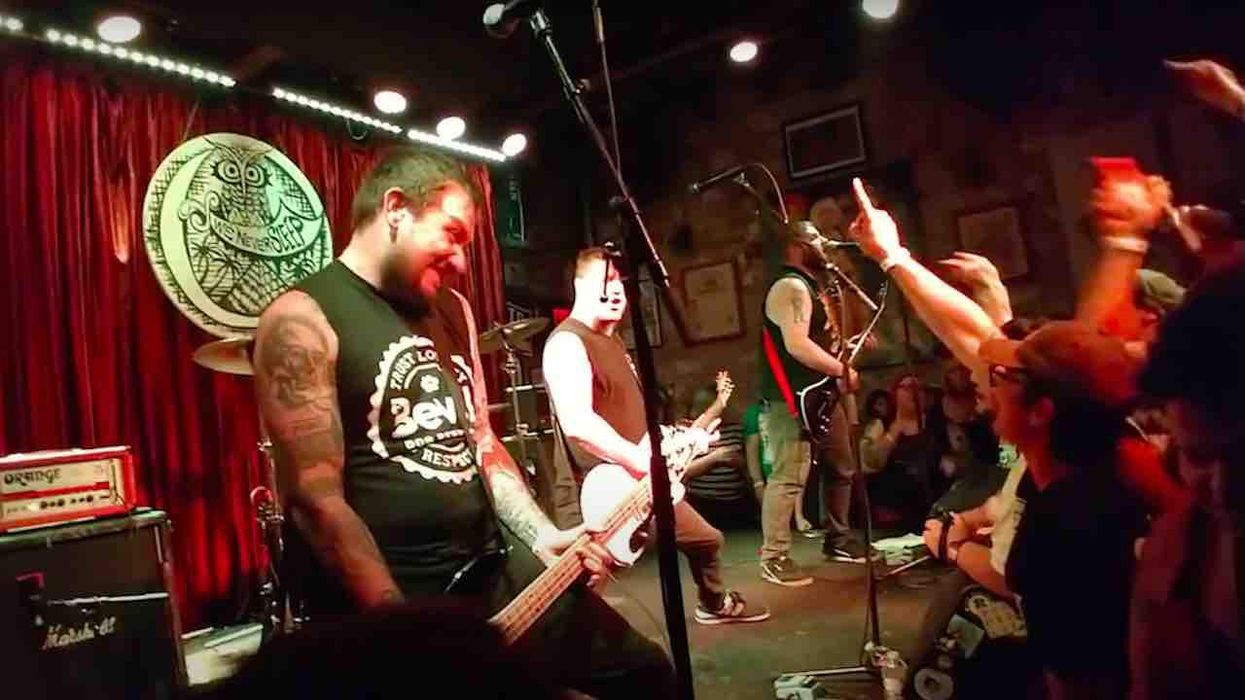 Those without the COVID-19 jab absolutely can enter VFW Post 39 in St. Petersburg to catch headliners Teenage Bottlerocket on June 26. All they have to do is pay $999.99.

As for fans who have been vaccinated, their tickets are $18.

DeSantis also signed into law a bill threatening violators with fines in the thousands of dollars, the Post reported.

In reaction to Williams’ $1,000 per ticket for unvaccinated concertgoers, the governor’s office told the paper it’s discriminatory.

“Charging higher ticket prices for individuals who do not furnish proof of vaccination unfairly discriminates against people who have enumerated rights under Florida law,” Christina Pushaw, press secretary for the DeSantis’ office, told the Post in an email.

Williams told the paper his tactic seemed safe, as the new law doesn’t go into effect until after the show — but that didn’t stop angry responses to the $1,000 ticket price.

The Post said Williams received anti-vaccination Facebook messages and spam calls, and the paper made special mention of a “misspelled email that warned the band their next show could be their ‘last’ and said: ‘You’re fans are going to kill you.'”

“I didn’t know that caring about my community would make me Hitler,” Williams told the paper, adding that he’s notified law enforcement about the threatening email — and that he’s not bending under what’s become nationwide attention: “We’re still sticking to our guns.”

Williams even admitted to ABC News that he wanted the concert “to be a vaccine drive to get the fence-sitters off the fence. I wanted to get the kids that want to go to shows to go out and get their shots.”

A few of the “discount” tickets were left as of Saturday afternoon, he said; headliner Teenage Bottlerocket’s website listed the St. Petersburg show as having sold out. None of the “standard” price tickets had sold.

Williams said attendees must present photo ID and a coronavirus vaccination card the day of the concert to enter at the lower price, which was reported by Creative Loafing: Tampa Bay.

Punk rock fan Brittney Wigen wants to go to the show, but she told WFTS-TV she’s had COVID too recently to be able to get vaccinated in time.

Teenage Bottlerocket singer-guitarist Ray Carlisle told the station there’s another option for Wigen: “Perhaps put together a Go-Fund-Me and all the other weirdo anti-vaxxers can help support you going to Teenage Bottlerocket for a thousand dollars. That’s always an option.”

Miguel Chen, bassist for Teenage Bottlerocket, told the Post that the band initially didn’t believe Williams actually was charging $1,000 for unvaccinated fans: “When we first heard it, we thought it was a joke.”

But Chen noted to the paper that his group soon agreed that if Williams thought this was “the best way to safely throw a party in his town, then we back him and we support it.” Still, though, he told the paper, “I never in my life thought I’d be in a place where I’m getting threatened for trying to play music and spread joy.”

Legal experts told the Post that the ticket price disparity could be problematic.

Andrew Zelmanowitz, a Fort Lauderdale business lawyer, noted to the paper that the large price hike for unvaccinated ticket buyers “violates the spirit” of Florida’s ban on requiring proof of immunization.

Eric Feldman — a University of Pennsylvania law school prof with expertise in health policy — told the Post that the $1,000 ticket price is “basically saying unless you show us proof of vaccine status, we’re going to treat you really badly.”

Governors yank National Guard troops from DC after military members were booted from Capitol, made to rest in unheated parking garage