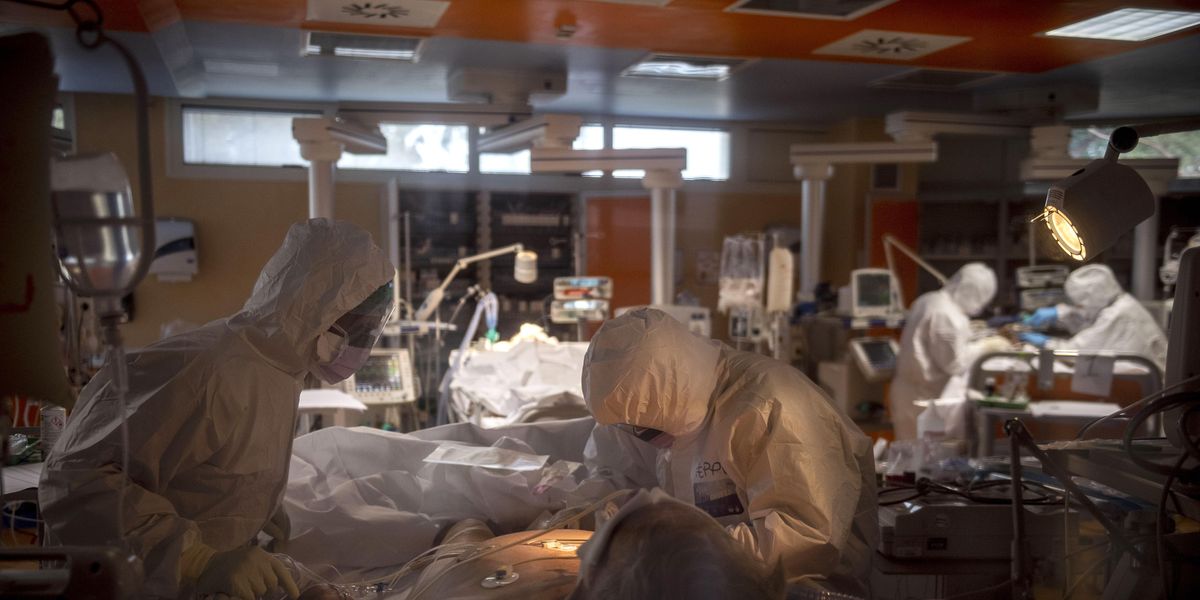 Confirmed COVID-19 cases have reportedly fallen to levels not seen since March 2020, when the pandemic first began picking up steam in the United States.

According to a report Thursday from
NBC News, cases are at an all-time low year over year, and health experts say that the cases are expected to remain low throughout the summer.

The first COVID-19 surge, according to the report, peaked in April and decreased to a rolling seven-day average of 19,000 confirmed cases per day by June 1, 2020, and remained low for several months during the summer.

Over the winter, the report noted, infections surged in areas across the U.S., with daily cases exceeding 300,000 at its peak.

The report noted, “The winter surge has now receded, and as the calendar turns to June, the country is once again reopening. But the pandemic has changed drastically in the intervening 12 months. Thanks to vaccinations, experts say, the U.S. is unlikely to see a summer surge on a scale similar to last year.”

Michael Osterholm, director of the Center for Infectious Disease Research and Policy at the University of Minnesota, said that the level of national vaccinations “has taken any major national surge off the table.”

Bill Hanage, associate professor of epidemiology at the Harvard T.H. Chan School of Public Health, agreed, but cautioned that it remains imperative for Americans to get vaccinated if they haven’t already done so.

“Even if 90 percent of the people in the community are vaccinated, if the 10 percent who are not all hang out together, and the virus is introduced to them, a large proportion of them could become infected,” Hanage said.

The real test will come in the fall, said Dr. Chris Beyrer, professor of epidemiology at Johns Hopkins Bloomberg School of Public Health.

“We’ve got to get as high of coverage with these terrific vaccines as we can, as that’s the key to whether or not we have another fall where we see outbreaks and infections,” he told the outlet.

Over 596,000 people have died from the virus in the U.S., according to the Johns Hopkins Resource Center.

‘Virus is so well contained’

A Wednesday
Axios report announced that case counts are so low — and that “the virus is so well contained” — that this week’s weekly map tracking COVID-19 infections would be the last of its kind.

“Nearly every week for the past 56 weeks, Axios has tracked the change — more often than not, the increase — in new COVID-19 infections. Those case counts are now so low, the virus is so well contained, that this will be our final weekly map,” the outlet reported.

The report also pressed the importance of vaccines in the fight against coronavirus.

“The U.S. was never able to control the virus without vaccines, and it still can’t,” the report added. “The risk is still about as high as it’s ever been for unvaccinated people, as the Washington Post recently reported. An average of about 500 Americans per day are still dying from COVID-19, almost all of them unvaccinated.”

The report concluded, “The bottom line: The vaccines work. They’ve brought cases to their lowest point yet, and because that improvement is the result of vaccines, there’s no reason to believe the virus will start gaining significant ground again any time soon.”

Cases declined even as masks came off

On Wednesday, New York Times writer David Leonhardt pointed out that despite fears that the Centers for Disease Control and Prevention’s May guidance reversing course on mask-wearing would lead to a spike in COVID-19 cases, infections continue to decline week by week.

In May, the CDC announced that fully vaccinated people — those who received two doses of a COVID-19 vaccine and allowed two weeks to elapse before unmasking in public settings — would be protected against the coronavirus and its current variants.

In his report, Leonhardt pointed out that cases have “continued to decline at virtually the same rate as during the month before” the CDC’s announcement despite wide criticism that such guidance was too abrupt at the time.

“A crucial point is that the loosened guidelines probably did not cause many people to change their behavior in ways that created new risks,” he reasoned. “Vaccinated people went maskless more often, but they are extremely unlikely to get the virus. And even before the CDC change, many unvaccinated Americans were already not wearing masks, particularly in Republican-leaning communities.”

Leonhardt added that optimists in this case were apparently much “better prognosticators” when compared to the pessimists.

Centers for disease control and prevention

Rep. Thomas Massie slams Fauci and CDC for COVID-19 ‘coverup’: ‘One of the biggest scandals during this whole pandemic’