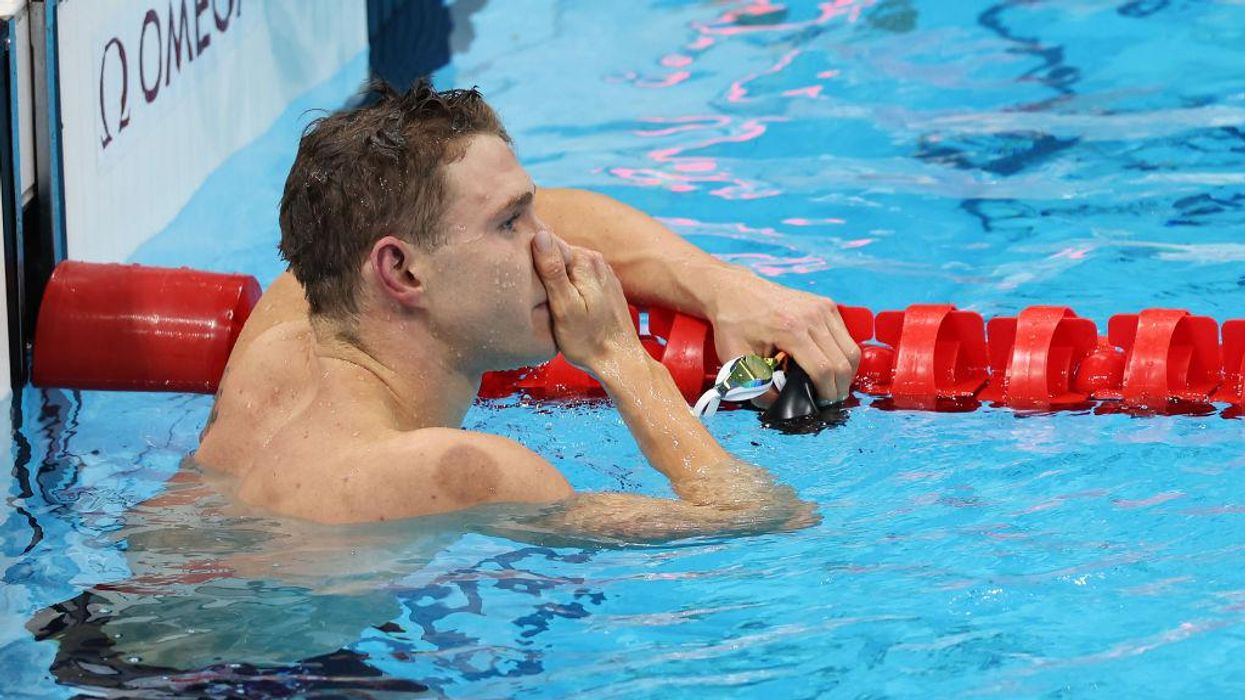 A Team USA swimmer on Friday openly aired concerns that his Russian gold medalist opponent had gained a competitive advantage through doping.

“I’ve got about 15 thoughts; 13 of them would get me into a lot of trouble,” Ryan Murphy, a captain on the U.S. Olympic swimming team, said during a post-race press conference Friday morning after being asked about concerns he had that opponents were doping.

“It is a huge mental drain on me … that I’m swimming in a race that’s probably not clean,” he added.

Sitting just feet away from Murphy was the Russian Olympic Committee’s Evgeny Rylov, who moments before had edged the American to win the gold in the men’s 200-meter backstroke. Rylov had also bested Murphy in the 100-meter backstroke earlier this week. In 2016, Murphy won gold in both events.

The allegations are the latest in a controversy surrounding the International Olympic Committee’s decision to allow roughly 330 Russian athletes to compete at the Tokyo Games despite banning Russia over its state-sponsored doping program. Russian athletes not found to be involved in the doping scheme are competing under a neutral workaround banner known as the Russian Olympic Confederation.

I asked Ryan Murphy, who just took silver in the 200 back behind Russia’s Evgeny Rylov, about any concerns he ha… https://t.co/Xoiqe3mXoO

“It frustrates me, but I have to swim the field that’s next to me,” Murphy continued. “I don’t have the bandwidth to train for the Olympics at a very high level and try to lobby the people who are making the decisions that they’re making the wrong decisions.”

Murphy wasn’t alone in airing his concerns about potential Russian doping. The U.K.’s Luke Greenbank, who finished third in the 200-meter race, also made his thoughts known.

“It’s frustrating knowing there’s a state-sponsored doping program going on and not more being done to tackle that,” Greenbank said. “It’s obviously a very difficult situation not knowing whether the race is clean … It’s a strange situation but I’ve got to keep my mind on my own situation and focus on what I can control.”

Neither Murphy nor Greenbank explicitly accused Rylov, though their implicit accusations were plain.

According to USA Today, in response to a reporter’s question on the matter, Rylov replied, “I have always been for clean competition … From the bottom of my heart, I am for clean sport … Ryan didn’t accuse me of anything, so I’d rather not comment.”

The ROC also replied to the controversy, saying in a translated tweet: “English-language propaganda, oozing verbal sweat in the Tokyo heat. Through the mouths of athletes offended by defeats. We will not console you. Forgive those who are weaker. God is their judge. And for us – an assistant.”