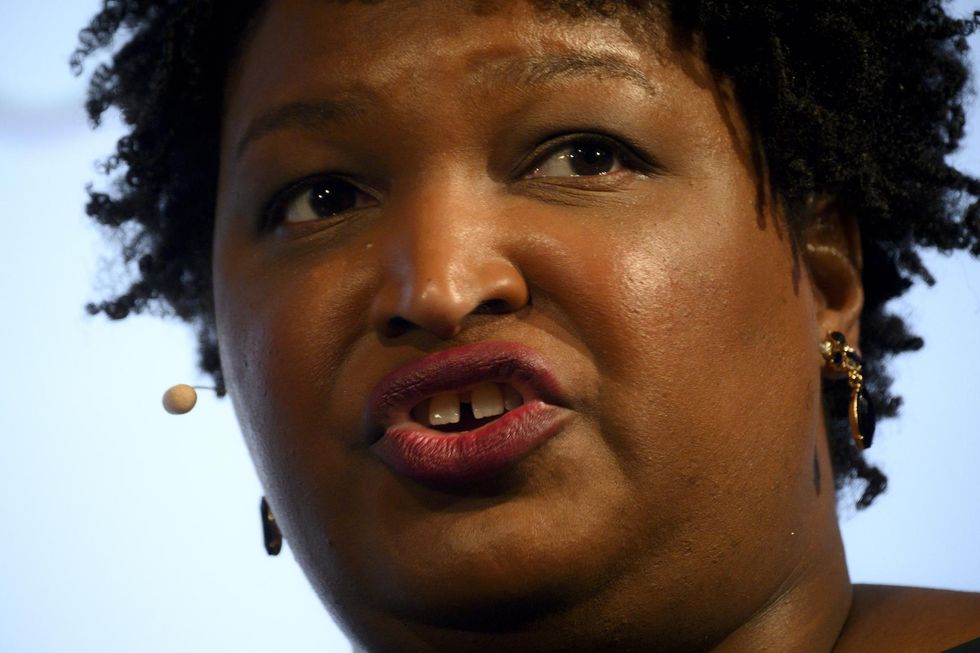 USA Today
admitted that they allowed an edit to an op-ed written by Stacey Abrams be made without citing the change, and that op-ed was erroneously used by Politifact to defend her from her critics.

The piece was published at USA Today on March 31, just days before Major League Baseball pulled their game from Atlanta, Georgia, over exaggerated accusations against the state’s new election reforms.

In it, Abrams advocated for boycotts to pressure politicians to cave to demands from Democrats. But in a later
version of the op-ed, it was edited in order to water down her support for the use of boycotts against Georgia.

That revised op-ed was then cited by Politifact to defend Abrams from critics blaming her for the economic damage to the state from the boycott.

Not over the fact that Stacey Abrams published an op-Ed about the Georgia law saying “boycotts work,” and she would… https://t.co/yDPDhhtClC

Politifact later added an editor’s note and added a minor clarification that the op-ed had been changed from its previous version.

“We updated this article after initial publication to clarify the publication dates of Abrams’ USA Today op-ed,” they added.

The original
version of the op-ed penned by Abrams was far more supportive of the boycott:

“Events hosted by major league baseball, world class soccer, college sports and dozens of Hollywood films hang in the balance. At the same time, activists urge Georgians to swear off of hometown products to express our outrage. Until we hear clear, unequivocal statements that show Georgia-based companies get what’s at stake, I can’t argue with an individual’s choice to opt for their competition.”

While the revised
version makes it sound as if Abrams preferred other protests against the law:

“Instead of a boycott, I strongly urge other events and productions to do business in Georgia and speak out against our law and similar proposals in other states.”

Politifact faced similar criticism over its biased rating against Sen. Ted Cruz (R-Texas) and his statements about the court-packing schemes of the Democrats.

Here’s more about the boycott against Georgia: