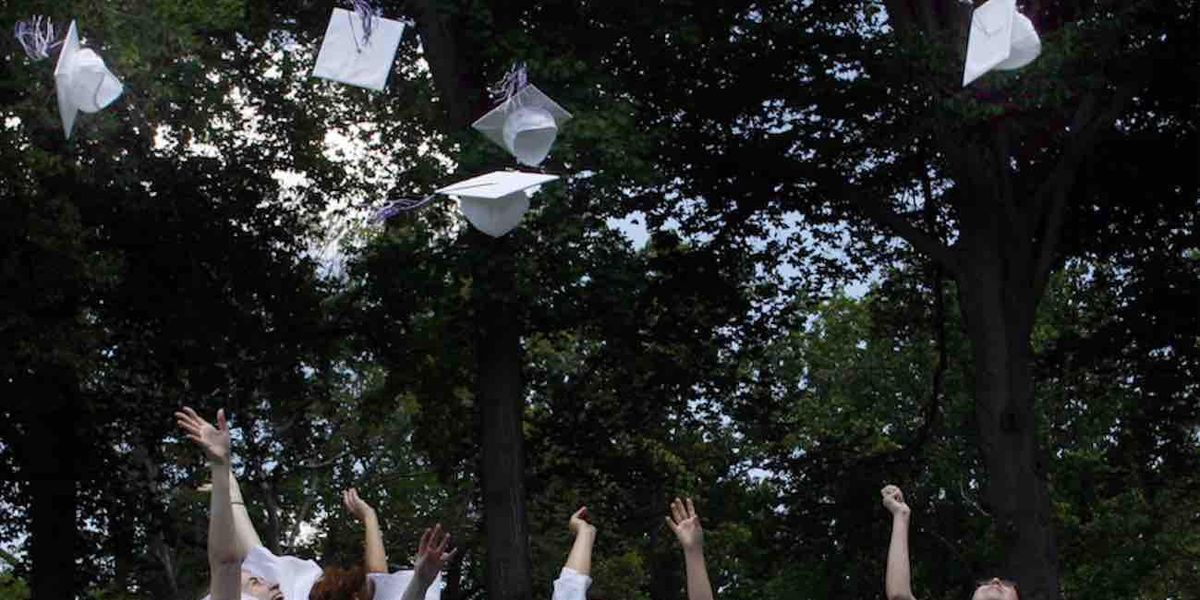 A valedictorian from a Michigan high school now is allowed to mention her Christian faith in her graduation speech set for next week after the school’s principal — who had said the faith reference was “not appropriate” — was called out in a complaint letter, First Liberty Institute said.

“We are grateful to school officials for acting swiftly to ensure that religious students can freely exercise their right to express their faith in a graduation speech,” Keisha Russell, Counsel for First Liberty Institute, said. “Elizabeth is thrilled that she’ll be able to celebrate her graduation without being censored. We hope that future graduates will be free from religious censorship.”

Turner noted that she’s “grateful I will be able to share my faith with my classmates, and I pray that God uses this situation to advance His kingdom.”

According to First Liberty, one section of Turner’s speech noted, “For me, my future hope is found in my relationship with Christ. By trusting in him and choosing to live a life dedicated to bringing his kingdom glory, I can be confident that I am living a life with purpose and meaning. My identity is found by what God says and who I want to become is laid out in scripture.”

The legal firm said the school’s principal, Amy Goldsmith, reacted by highlighting that paragraph, along with a second, and telling Turner that “you are representing the school in the speech, not using the podium as your public forum. We need to be mindful about the inclusion of religious aspects. These are your strong beliefs, but they are not appropriate for a speech in a school public setting. I know this will frustrate you, but we have to be mindful of it.” 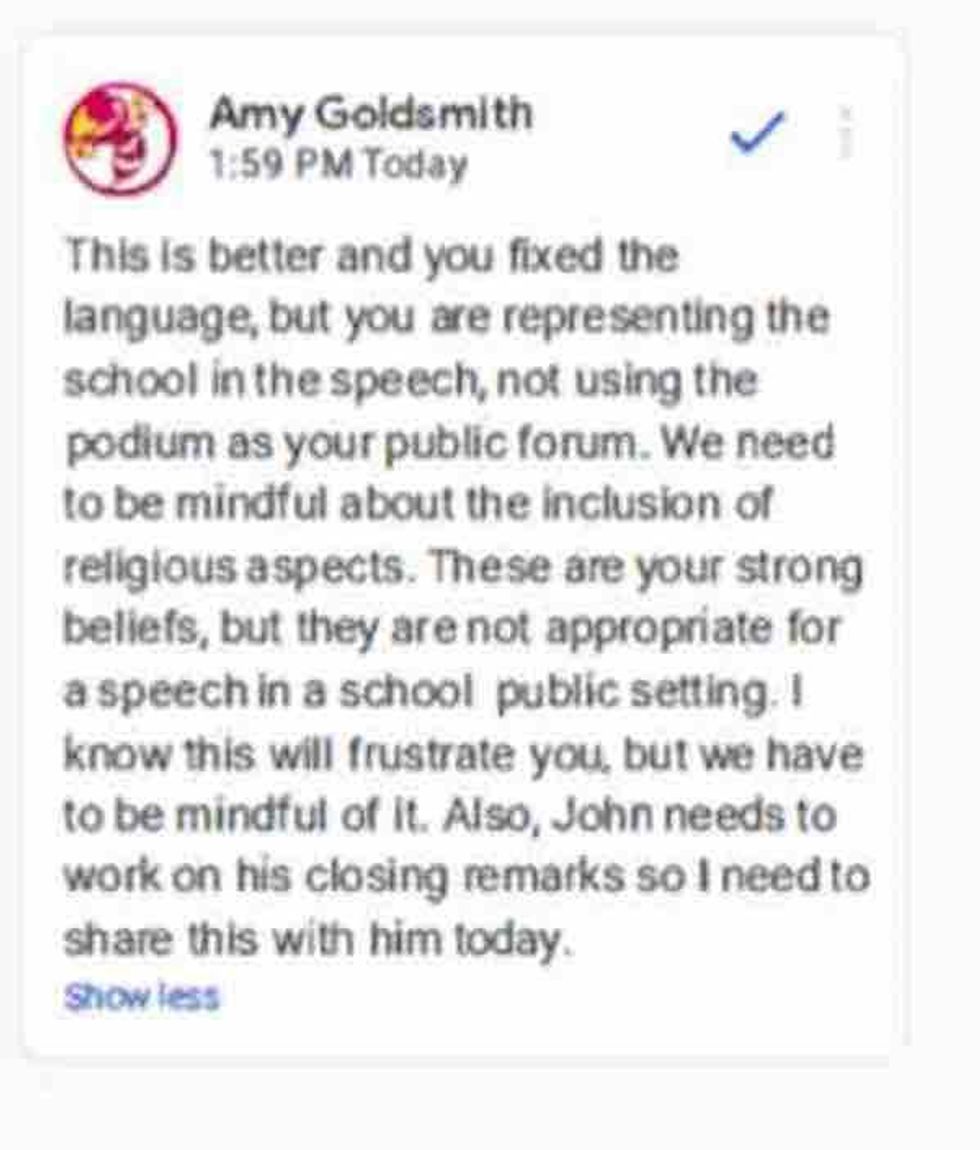 Turner got in touch with First Liberty, and the law firm said it sent a letter to Goldsmith informing her that she’s “violating federal law, which permits private religious speech at school events, and demanding that she allow Elizabeth to reference her faith.”

First Liberty also said student graduation speeches constitute private speech, not government speech, and private speech is not subject to the Establishment Clause. The law firm added that Turner’s statements “do not transform into government speech simply because they are delivered in a public setting or to a public audience.”

The letter concluded by requesting that Goldsmith “allow Elizabeth Turner to express her private religious beliefs at the graduation ceremony on June 6, 2021. Please confirm that you agree to our request by Friday, May 28, 2021 at 5PM.”