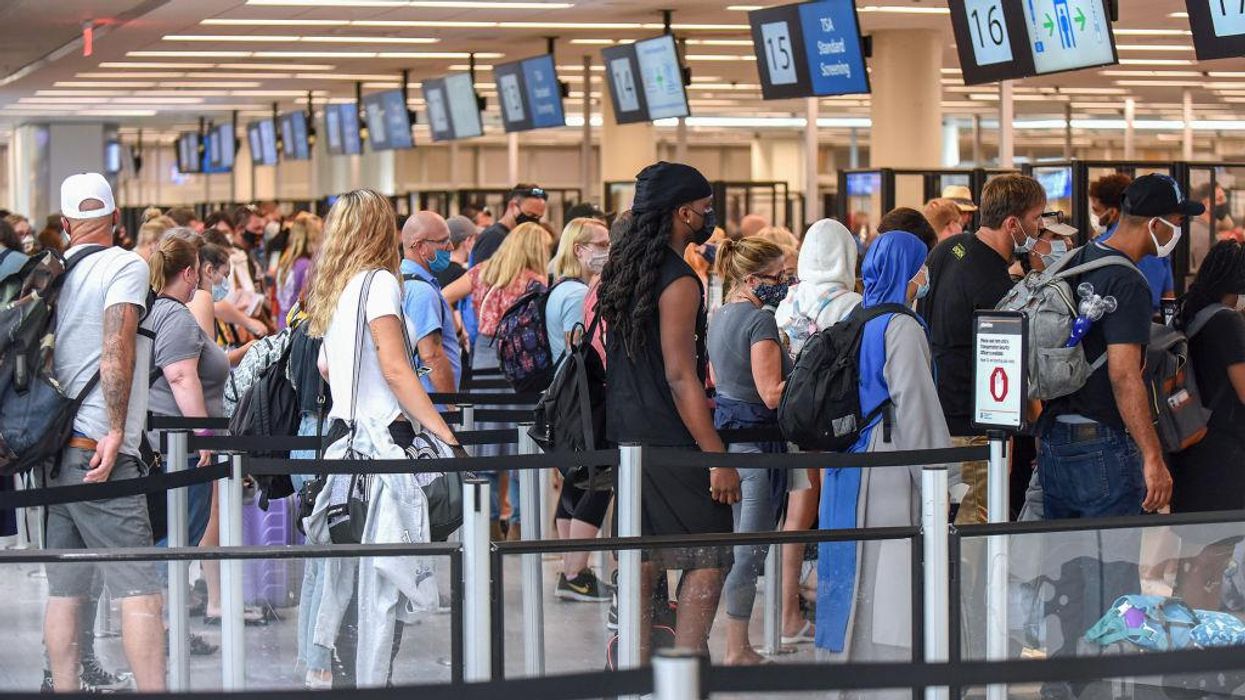 A shocking video shows the moment a woman has a complete meltdown after missing her flight, including allegedly assaulting airport staff. As the mother goes on a crazed outburst in the middle of the Orlando International Airport, her two children helplessly look on and beg her to stop.

A New York woman was caught on video erupting into a frenzy after she missed her Frontier Airlines flight on June 30. According to authorities, police responded to a “physical disturbance” around 8:54 p.m. That’s when the woman exploded at the Frontier Airlines check-in counter when an employee informed the mother-of-two that she had missed her returning flight to New York, according to the Miami Herald.

The woman blew up at the Frontier Airlines employee and stormed toward the clerk who was behind the counter. One employee pepper-sprayed the enraged woman, but that didn’t stop her from swinging at the airport staff and then throwing a computer keyboard. A female employee and the mother exchange obscenities.

The woman was temporarily affected by the pepper spray and walked away as her young daughter pleaded with her to calm down.

“Mommy!” the hysterical girl yells at her mother. “I don’t want you to go to jail!”

Her young son watched as her mother caused a ruckus at the Orlando International Airport. The mother tells her son to look after his sister because “I am going to f*** this bitch up.”

The viral video shows the mother storm back toward the check-in counter, and this time she grabs a metal separation pole. She hoisted the pole up over her shoulder and swings it at the plexiglass divider, then she hurls more objects at the airport staff.

Police arrive just in the nick of time before the situation could have turned extremely dangerous, as seen in a video posted by Enrique Santos on Instagram.

“Once officers arrived at the scene, they saw the suspect, identified as a 29-year-old woman attempting to strike a Frontier employee with a pole,” the arrest affidavit stated.

The law enforcement officer is heard on video asking the mother, “What is wrong with you?”

The Orlando Police Department said Pierre was arrested and was charged with aggravated assault. Her bail was set at $3,000.