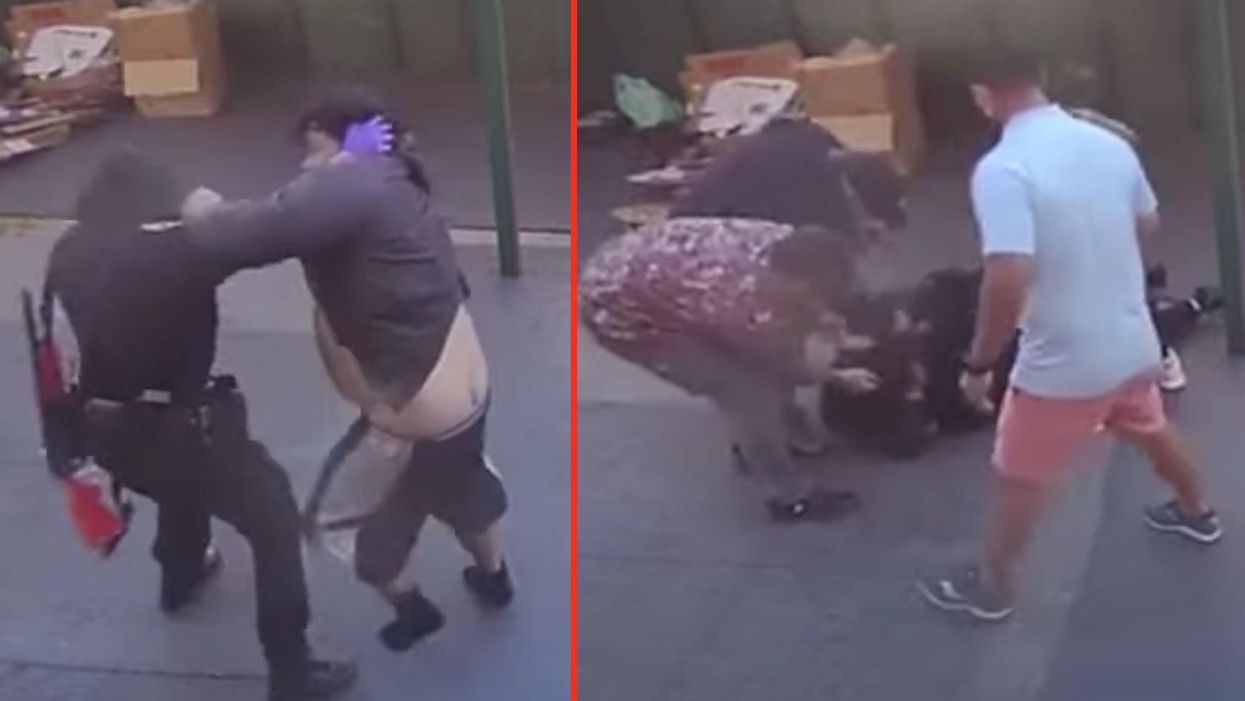 Four bystanders came to the aid of a female Asian police officer who was attacked by a homeless man in San Francisco’s Chinatown and it was all caught on surveillance video.

The video from an
altercation Friday shows the officer approach the man who allegedly made racially motivated threats to people in the area. He appears to follow her commands before turning around and attacking her.

They both fall to the ground and several bystanders rush in to help the officer. Other officers eventually arrive to arrest the man.

“We’ve seen a rise in violent attacks by homeless individuals, including attacks on police officers. We are deeply grateful to these citizens who rushed to our officer’s aide,” the association tweeted.

We’ve seen a rise in violent attacks by homeless individuals, including attacks on police officers. We are deeply g… https://t.co/PX811C0U6z

“Our staffing shortage left this officer working alone instead of with a partner,” the association added.

One of the men who assisted the officer spoke to
ABC News about the incident.

Waldorf said he had previous experience as a crisis intervention volunteer.

“I saw that it was an emergency and she was in trouble,” he explained. “I ran over and immediately tried to free her from his grip — hitting him in the head.”

Police said they are investigating whether hate crime charges would apply to the attack. The officer was taken to a hospital for injuries that were not life-threatening including a bloody nose.

Here’s the video of the attack: