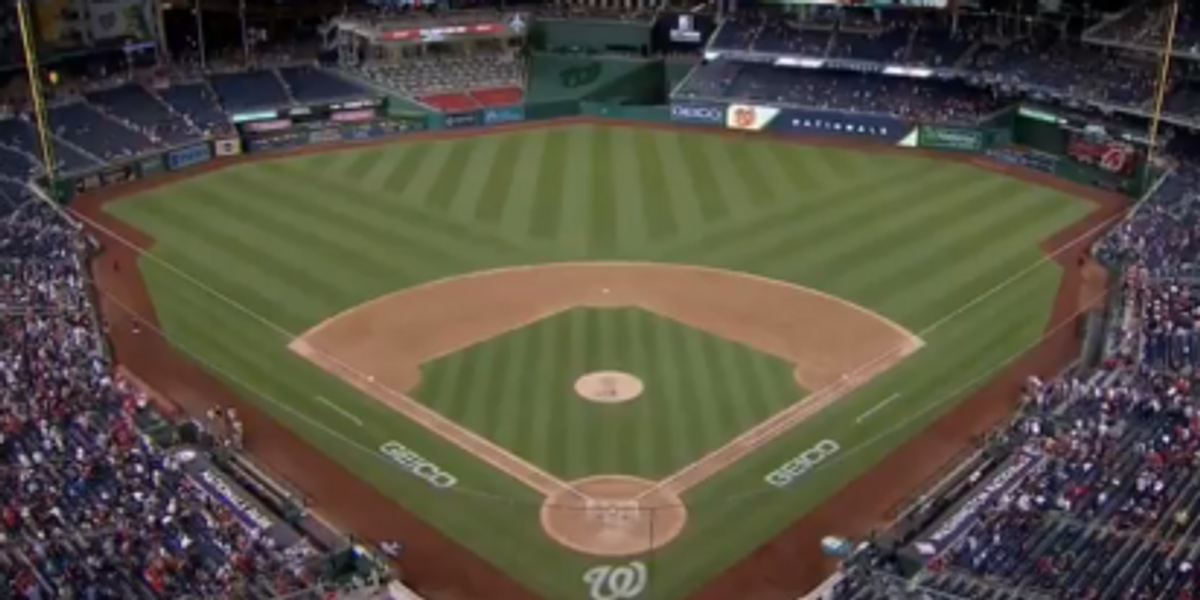 A chaotic scene erupted during Saturday night’s Washington Nationals game against the San Diego Padres following a shooting outside the Washington, D.C. stadium. Panicked baseball fans were seen running after they heard gunfire.

Videos on Twitter show the moment that gunfire was reportedly heard outside of Nationals Park near the third base gate. At around 9:30 pm, panic-stricken fans and players from both MLB teams were seen scurrying for shelter after loud noises were heard during the bottom of the sixth inning.

Fans could be seen running onto the field and into the dugouts at Nationals Park as the PA announcer tells fans to… https://t.co/t5tKpwH8K6

Hope everyone is safe at Nationals park. I heard a few loud bangs and then a mass exodus. View from my roof https://t.co/MA1B7z83u2

Frightened Nationals fans took cover at the report of what *sounded like* shots at Nats ballpark. But staff are tel… https://t.co/FVGmOHdkoS

Players, including Fernando Tatis Jr. Just ran into stands and grabbed family members and brought them to clubhouse. https://t.co/DlC1bSv3I7

“Ladies and gentlemen, your attention please,” an announcer at Nationals Park said. “At this time we ask that you to remain in the stadium. Please remain calm.”

The Washington Nationals official Twitter account stated: “A shooting has been reported outside of the Third Base Gate at Nationals Park. Fans are encouraged to exit the ballpark via the CF and RF gates at this time. We’re working with law enforcement to provide more information as soon as it becomes available.”

#Nationals game have has been stopped in the 6th inning https://t.co/3NicGlfA7X

Hugo Lowell, a congressional reporter for the Guardian, reported: “Breaking: At least two people are confirmed to have been shot outside the Nationals stadium tonight, per DC Metro Police. One woman who was shot was briefly treated by first responders in the stadium.”

Breaking: At least two people are confirmed to have been shot outside the Nationals stadium tonight, per DC Metro P… https://t.co/CHH9lsq3P2

The DC Police Department released a statement: “MPD is responding to a shooting in the 1500 block of South Capitol Street, SW, in which two people where shot outside of Nationals Park. This is currently an active investigation and it appears there is no ongoing threat at this time. Two additional victims associated with this incident walked into area hospitals for treatment of gunshot wounds. MPD is on scene and actively investigating at this time.”

Full scene. Police are now lining up on South Capitol, and they seem to be corralling eye witnesses to the situatio… https://t.co/WA5f0CU8ab

The Nationals game was suspended and will be resumed tomorrow at 1:05 pm.

Tonight’s game has been suspended due to an incident surrounding Nationals Park.

It will resume tomorrow, Sunday,… https://t.co/Y9HUSTUrmx