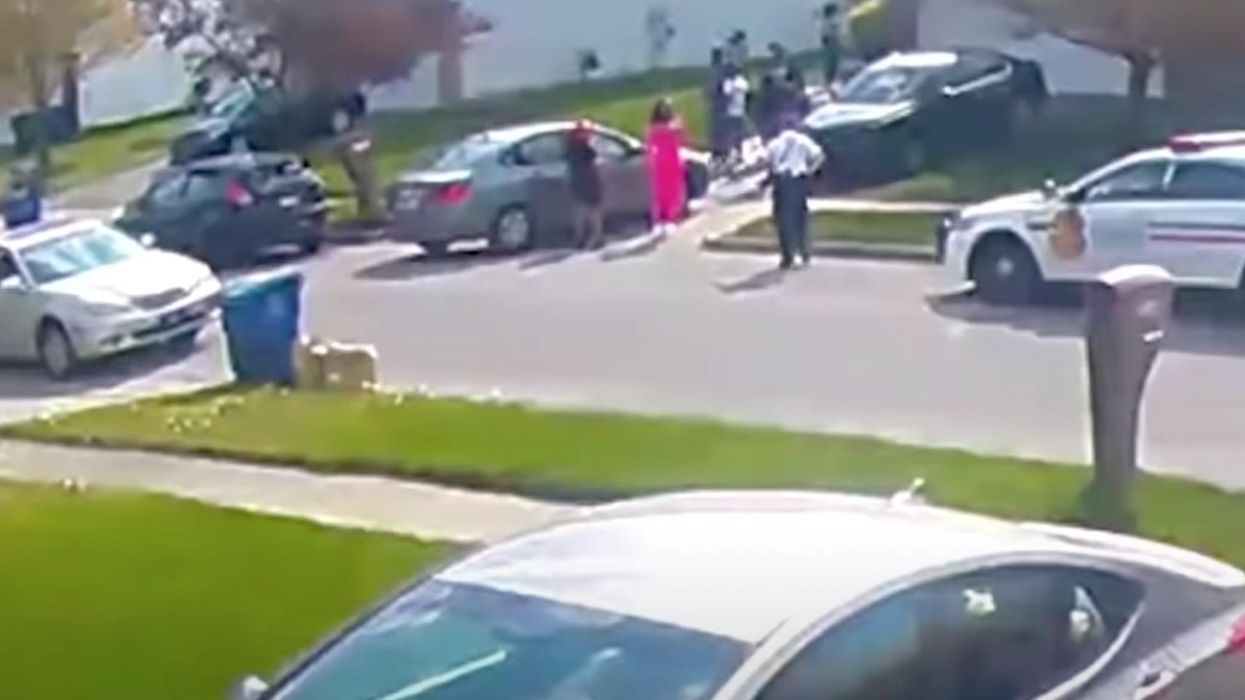 New video from a neighbor’s security camera shows the moment a Columbus police officer shot and killed Ma’Khia Bryant in a controversial incident that has heightened racial tension across the nation.

Activists immediately latched on to a narrative claiming the officer shot the 16-year-old after she called 911 because of a fight outside of her home Tuesday.

That evening, the Columbus Police Department released video from the police officer’s bodycam that showed the melee he encountered as he arrived, and how little time he had to react to the situation. The video appears to show Bryant trying to stab another girl when the officer shoots her.

On Thursday, the video released from security footage by a neighbor further clarifies the scene and the officer’s actions.

Donavon Brinson, a military veteran, told Fox News that the footage from his security camera proves that the officer had no choice but to shoot Bryant.

“He only had seconds to respond. From my point of view watching this, unfortunately the whole scenario put [the officer] in a bad spot regardless of what the situation was,” Brinson said.

Brinson said he didn’t witness the incident directly, only through the video from his camera.

The video runs contrary to the assumption made by many in the media and by celebrities that the officer had little or no reason to use lethal force in the incident.

NBA superstar LeBron James tweeted a screenshot of the officer to his 49.6 million followers and added, “YOU’RE NEXT,” in all caps. He later deleted it and said that he didn’t want to add to the hate surrounding the incident.

Authorities have said that the officer involved in the shooting has been taken off the streets pending the investigation.

Here’s the video from the neighbor’s security camera: