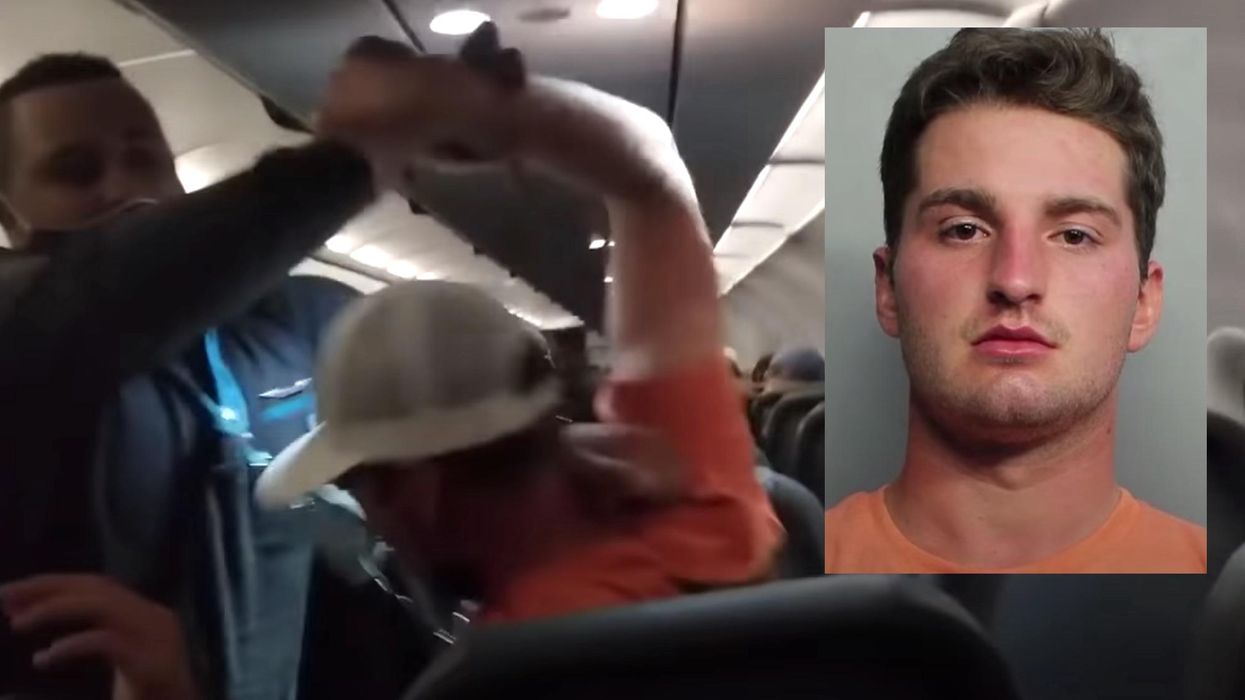 A flight crew aboard a Frontiers Airlines flight duct taped an unruly passenger to his seat after he allegedly groped and assaulted flight attendants.

The airline initially said they suspended the crew but they changed their tune after public outcry over the viral video of the incident.

A report from the Miami-Dade Police Department said that Maxwell Berry of Norwalk, Ohio, was flying from Philadelphia to Miami on the Frontier flight on July 31 when he began to cause a disruption.

The report said he was already intoxicated and ordered more drinks. Berry then allegedly brushed an empty cup against a flight attendant’s backside.

He also allegedly fought with passengers as he was being duct taped to the seat. A video shows Berry screaming obscenities and informing people that he has wealthy parents.

Here’s the video of Berry screaming profanities on the flight:

Other videos captured him punching the flight attendant, and later their duct taping him down.

Berry was arrested when the flight touched down and police had to use a Taser to restrain him. The 23-year-old was charged three counts of battery and booked into jail.

Frontier said in a second statement that the flight crew was “relieved of flying pending completion of investigation of the events.”

Many on social media defended the actions of the flight crew and demanded Frontier be more lenient.

“How many mechanisms does a flight crew have to restrain a violent passenger? It may *look* crazy, but this seems to be one reasonable method,” tweeted Seth Abramson.

“Yo @FlyFrontier, you have suspended a crew of superheroes for taking care of a douchebag that sexually harassed one of your flight attendants. This crew deserves a company paid vacation for their work, not a suspension,” responded Josh Jordan.

“Frontier should reward the damn crew. This guy was a tool,” replied Dan Gainor of Newsbusters.