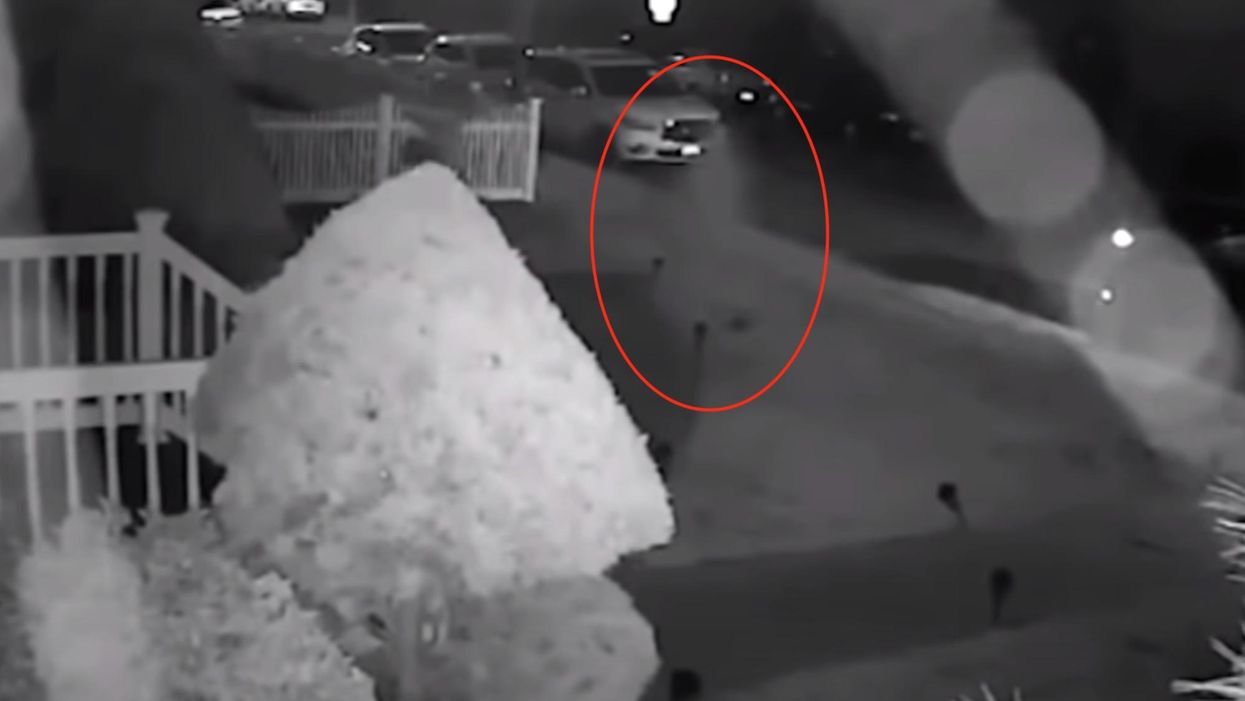 A Muslim family is still seeking answers weeks after their 21-year-old daughter suffered horrific burns from a heinous acid attack that was captured on surveillance video in Elmont, New York.

The alarming incident unfolded March 17 when Nafiah Ikram was walking home with her mother after work and a man ran up behind her and doused her with a chemical in a cup before running away. The liquid burned the college student’s face and hands.

“I started to cry and I was panicking,” said Ikram to WCBS-TV about the attack. She said that her father immediately knew it was acid.

Ikram suffered serious burns and damage to her eyes and throat, the station reported. Acid burns are seared into the family’s driveway.

The attack was captured on surveillance video, but few features of the attacker are identifiable.

“She was in the hospital for three weeks, and she’s still not able to eat properly,” said her father Sheikh Ikram. “She can’t see anything good. Only one eye is working.”

The attack was unprovoked and the attacker said nothing before splashing the acid on the woman.

“I want to know, like, what’s the reason? Like, what could I have possibly done to somebody?” Nafiah said, according to WCBS-TV.

Police said the man in the video appeared to be about 6-foot-2 with a skinny build and fled in a red Nissan Altima.

Ahmed Mohamed, the legal director of the New York chapter of the Council on American Islamic Relations (CAIR), called for the police to investigate the attack as a possible hate crime.

“CAIR-NY is disturbed and shocked at the brutality of this crime, and law enforcement must do everything to apprehend the suspects. Our community deserves safety. Amidst the rising hate crimes engulfing the state, it is important that this acid attack by an unknown individual be investigated as a possible hate crime,” Mohamed said.

A GoFundMe campaign has been set up to help the family pay for the skyrocketing medical bills from the attack.

Here’s a local news video about the incident: