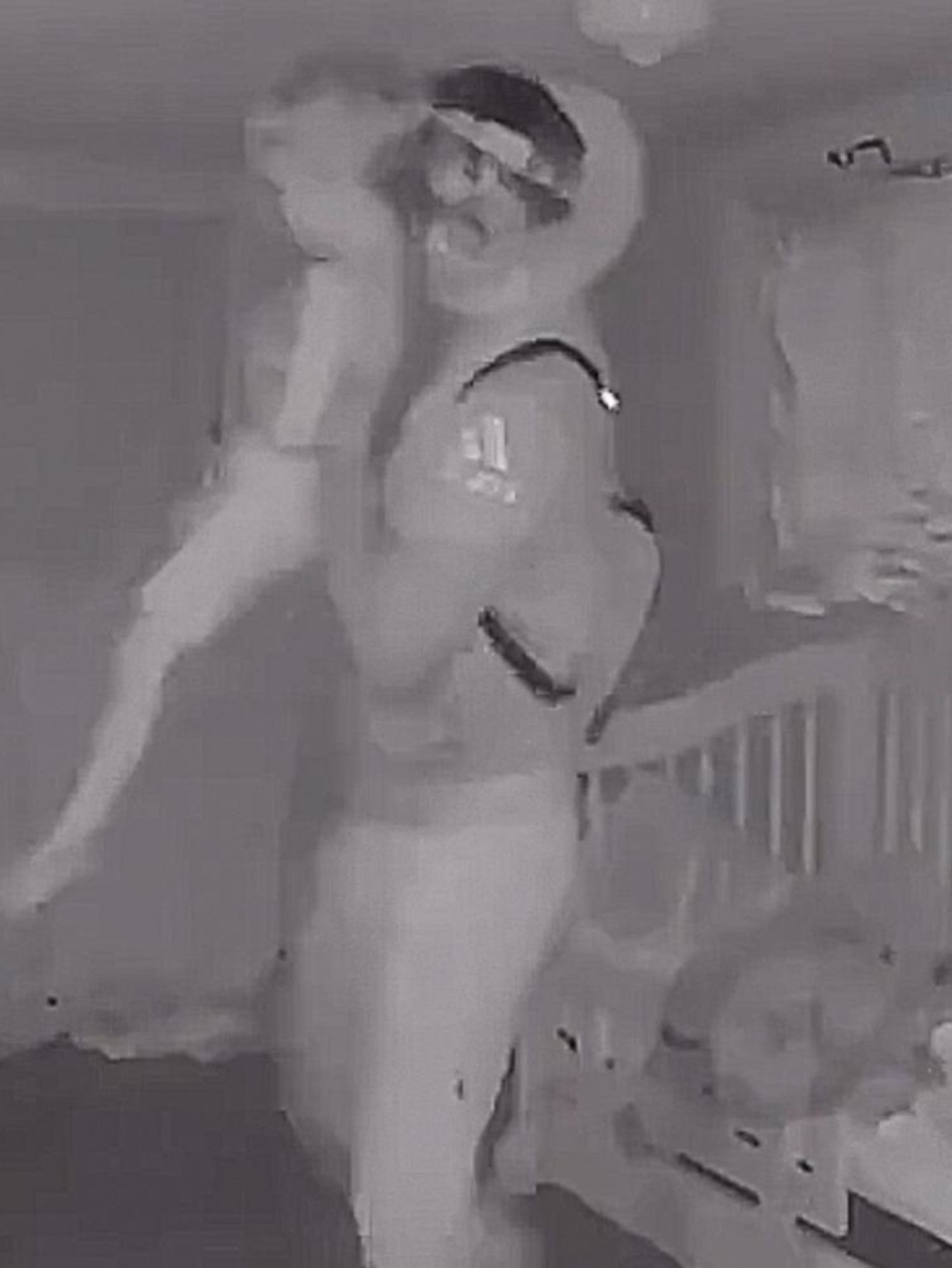 Darriynn Brown — the 18-year-old suspect accused of
brutally murdering a 4-year-old Dallas, Texas, boy — reportedly came back to the family home for the boy’s twin brother just hours after kidnapping the child and committing the heinous killing.

Authorities arrested Brown on Saturday after the child’s body was discovered on a residential street in the early hours of the morning.

According to a Wednesday report from the
Daily Mail, surveillance footage showed the moment that Brown grabbed 4-year-old Cash and ran.

“In night vision footage, Brown creeps in dressed in a hoodie, backpack, sweatpants, and sneakers, and hovers menacingly over the two boys,” the outlet reported. “He appears to hesitate for a few seconds, staring at the brothers and looking around the room, before finally reaching toward the bed and carefully pulling back the boys’ blanket.”

At that point, the suspect can be seen snatching Cash — who appears to awaken immediately — and running out of the room with the little boy in his arms.

The outlet said that Brown in surveillance footage can be seen “hovering menacingly over Carter Gernon as he slept in the cot he shared with his brother Cash.”

Brown, however, “appears to get spooked by a sound in the house and flees, leaving Carter asleep.”

“Brown, 18, reaches down and touches the boy as he stirs in his toddler bed, before wandering around the room, seemingly disturbed by a sound, and fleeing the room, leaving the boy sleeping peacefully,” the outlet noted.

This is the disturbing moment four-year old #CashGernon was taken from his bed early Saturday morning by… https://t.co/6yPpob8ShG

A jogger — later identified by the Daily Mail as 39-year-old Antwainese Square — said that she discovered Cash’s lifeless body in the middle of a street, initially believing it to be that of a dog.

“That image that I saw, I just can’t erase it,” Square, an educator, recalled. “To see a child covered in blood in the middle of the street, it’s truly traumatizing.”

Cash, she said, was not wearing a shirt or shoes.

Square added that when she got closer, she realized it was a child and began screaming. She called 911, she said, and added that dispatchers requested she check the boy for any signs of life.

“They asked me to walk right up to the body in case the little boy was still alive,” Square recalled. “And if he was, for me to try to save his life. I saw ants crawling all over his bare feet and he had blood over his face. He had no shoes, no socks, no shirt, none of that.”

“He was only wearing a pair of bottoms, shorts,” she added. “I just keep remembering those ants at the bottom of that baby’s feet. He was on his back in the roadway. I remember one arm and one leg out. And the reason why I remember the arm and leg is because when I was walking up from afar, that was the determination of me knowing, ‘OK this is a human. This is not a dog, this is a human being.'”

Square said that she remained with Cash’s lifeless body until first responders arrived.

This 4y/o boy was found murdered on Saturday am on Saddlerige drive in the Mountain Creek Area in Dallas.

The boys were said to be living with Monica Sherrod, the girlfriend of their biological father, who the outlet reported “vanished” in March.

Sherrod said that Brown was “known to the family as the brother of her older son’s friend,” but the motive behind the shocking murder remains unknown at the time of this reporting.

Sherrod added that the suspect was able to gain entry to the home through an unlocked garage door.

“[F]ootage shows [Brown] returning at 7 a.m.,” she told the outlet. “It seemed he was spooked by someone. It chills me to think that he could have been coming back for Carter.”

Sherrod said that she didn’t even realize the child was gone until later that morning when Cash failed to wake her up as he always did.

“We were all asleep when it happened,” Sherrod said. “Cash usually wakes me up, but he didn’t wake me [that day]. When I got up, I noticed he was gone. I called 911. I didn’t even know somebody had taken him. I thought he might have gone outside. That was until I watched my surveillance camera, which showed someone taking him out.”

Where are the mom and dad?

According to a report from the Dallas Morning News, Cash’s biological mother and grandmother had been looking for for the children, and believed the boys were with their father.

The outlet reported that the family did not realize that their father left them with Sherrod and disappeared.

Authorities still do not know the father’s whereabouts at the time of this reporting.

Carter has since been reunited with his mother.