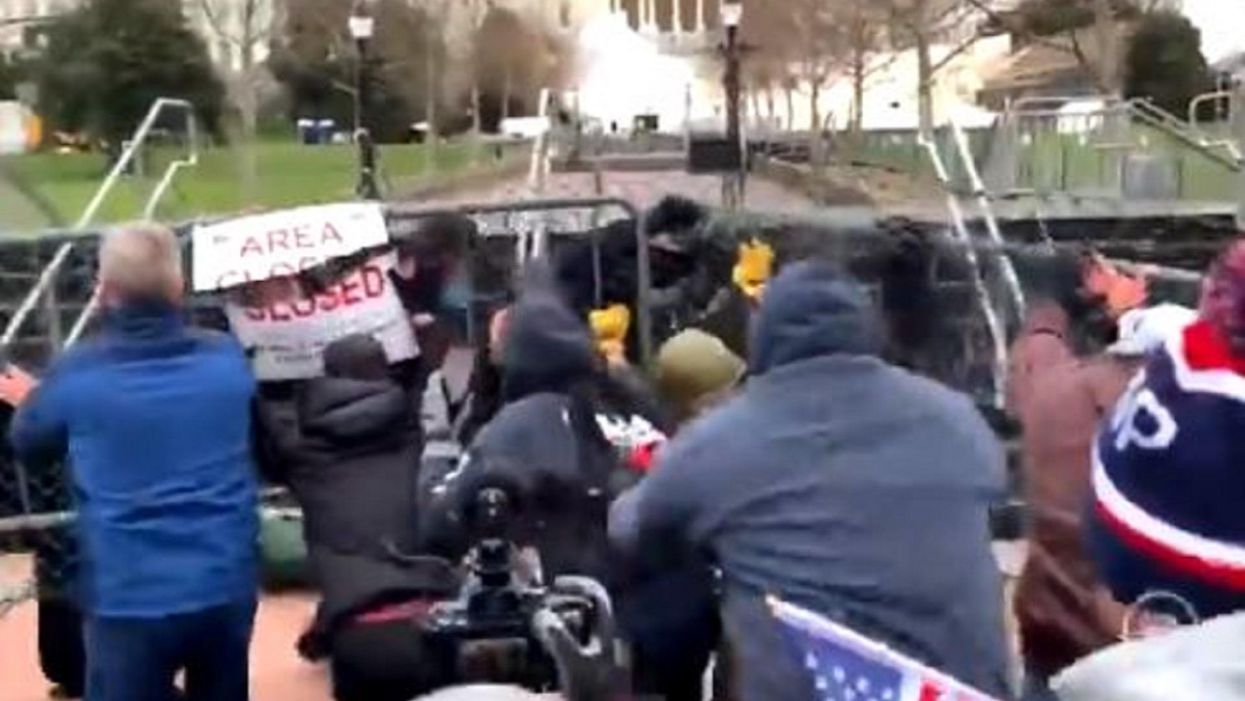 A video taken by BlazeTV reporter Elijah Schaffer shows protesters overwhelming Capitol Police, and pushing down a barrier ahead of a mob storming the building. The chaotic scene unfolded Wednesday following a rally for supporters of President Donald Trump to protest the outcome of the presidential election.

Schaffer shared the footage online, writing, “This is exact moment the siege of the Capitol building began as the two men in front ripped down a preliminary barrier & rushed officers who were behind a 2nd barrier They then encouraged others to follow their lead. Officers appeared to be taken completely off guard.”

IMPORTANT: this is exact moment the siege of the Capitol building began as the two men in front ripped down a preli… https://t.co/7HgqaprA25

In the clip, someone can be heard yelling from a speaker, “Let’s go! F*** this s**t! We pay your bills, you back the f*** off!” as the crowd wearing MAGA hats and carrying Trump 2020 flags approach a line of officers standing behind a fence marked with an “area closed” sign.

“Move!!” the man with the speaker says. “This is our house. We pay your bills.”

People in the front of the crowd then start shaking the fence, with several shouting “move!” and chanting “USA! USA!” as police attempt to hold their ground.

The mob then pushes the fence and the officers several feet along with it, leaving one female officer apparently injured on the ground. One protester then rushed forward to help her as other officers stepped in to assist, while protesters on the other end of the fence struggled with officers in a fight to enter the grounds.

One officer can be seen throwing a punch and trying to put the barrier back in place, but it was too late. The rioters made their way past police, who could be seen chasing after the crowd.

The footage was taken before Trump supporters stormed the Capitol, rushing both the House and Senate chambers as Congress was set to certify the Electoral College votes for President-elect Joe Biden.

One female protester was fatally shot inside the building.

President Trump delivered a video message urging the protesters to go home, saying “we have to have peace” while reiterating his claims that the election was stolen.

Later, the president tweeted, “These are the things and events that happen when a sacred landslide election victory is so unceremoniously & viciously stripped away from great patriots who have been badly & unfairly treated for so long. Go home with love & in peace. Remember this day forever!” 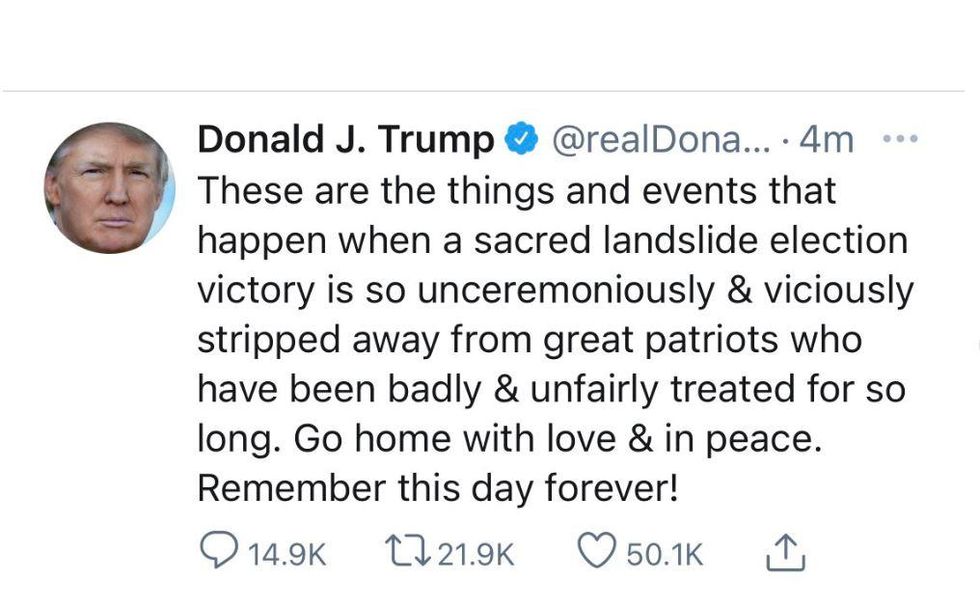