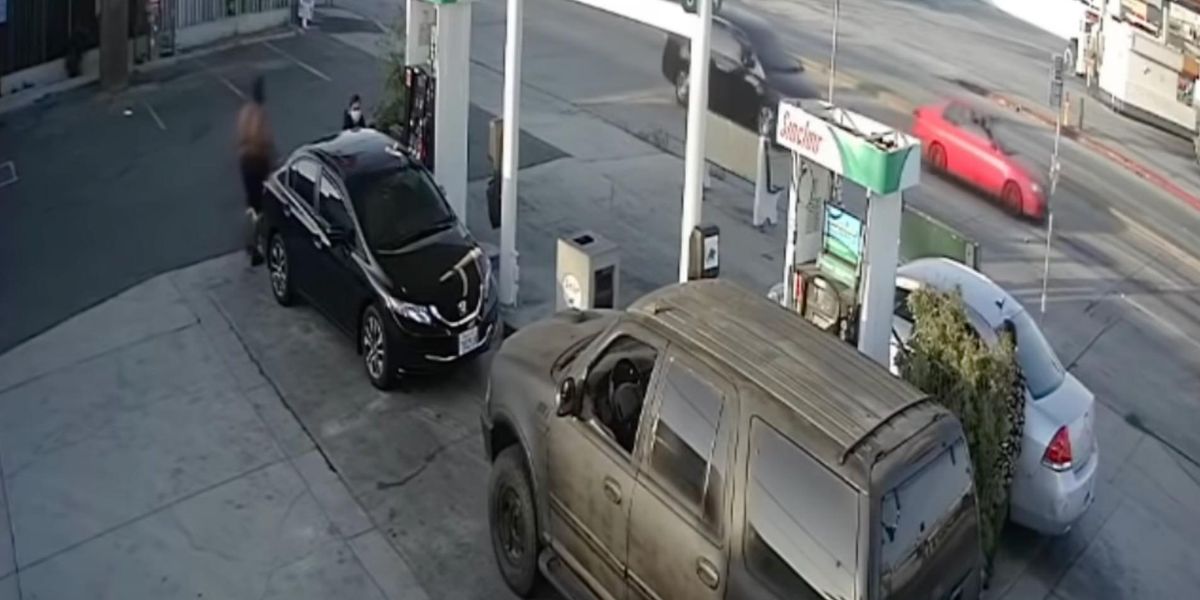 Officers are investigating after a suspect approached a woman at a gas station and inflicted upon her a gruesome beating, according to KTTV-TV.

Authorities say that a person who is believed to be the suspect was taken into custody as of Friday night. No other information about the suspect has been released at the time of this reporting.

The female victim, who remains unnamed, was pumping gas at a Gardena, California, gas station on May 30 when a large, shirtless man pulled up in a battered SUV and calmly walked toward the woman as she filled up her vehicle’s gas tank.

According to the victim — and corroborated by surveillance video — the male walked toward the female victim and punched her in the head. She immediately dropped to the ground and the suspect continued raining blows upon her. Video of the incident showed the suspect throwing at least 10 punches as the woman was on the ground.

KTTV reported that while the woman was on the ground, the suspect also grabbed her by her hair and slammed her head against her vehicle and against the pavement “multiple times.”

Following the vicious attack, the victim re-entered his SUV and drove away.

The woman was taken to a nearby hospital for treatment of her injuries. A release from the Los Angeles County Sheriff’s Department stated that the woman was released to her home following the attack, where she continues to recuperate.

Bystanders, as shown in the surveillance footage, watched the incident unfold without stepping in to assist the woman.

During the investigation, the victim told authorities that she had no idea who the suspect was and that he did not take any of her personal belongings during the attack.

The sheriff’s department said that a second woman came forward to authorities after seeing the surveillance video and told deputies that she, too, was attacked the day before in the Willowbrook area.