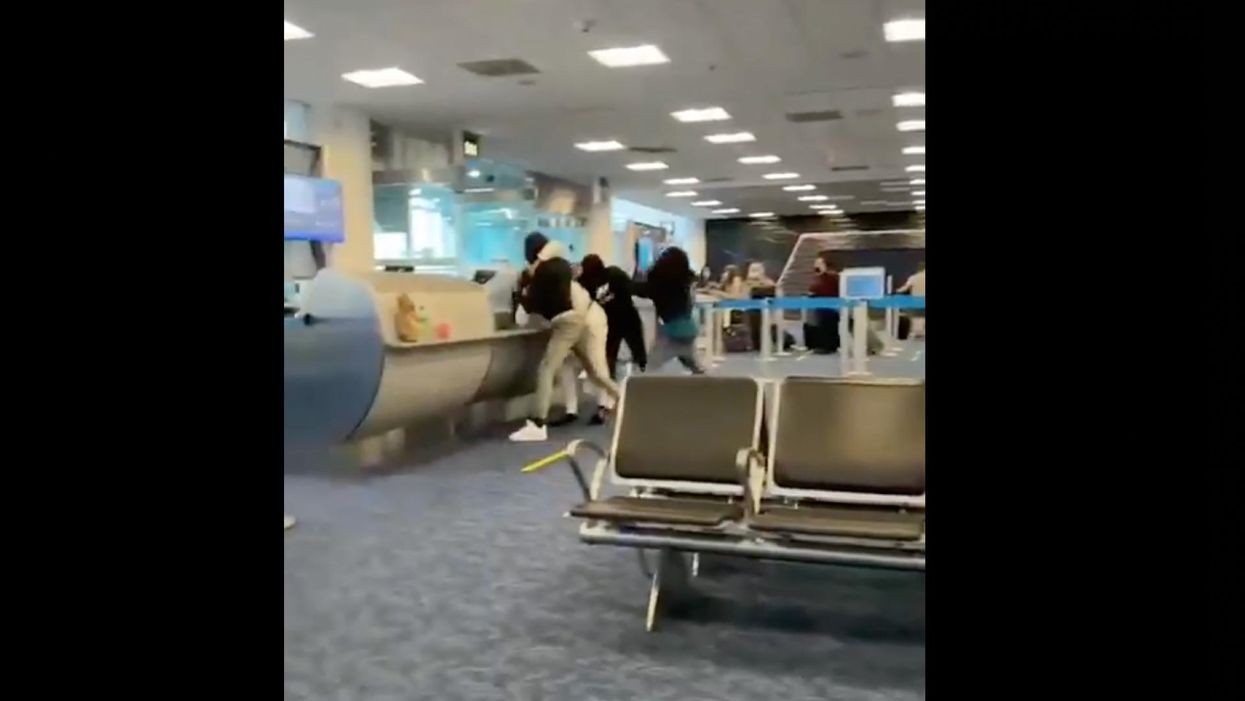 Not one but two brawls broke out at Miami International Airport on Sunday, and both were captured on video.

According to authorities, one suspect was arrested in connection with the melee.

In the video, three people can be seen pushing, shoving, and punching one another on one side of Gate D14. Seconds later, the camera pans to the left and spotlights a separate group of four other people who can be seen kicking at and pummeling each other.

Bystanders in the video can be heard shouting to stop the violence, while another person yells for security to intervene.

“Guys, come on!” a male bystander can be heard shouting. “You’re going to f***ing kill him!”

Elsewhere in the video, security arrives and attempts to break up the fights, to no avail, prompting bystanders to unsuccessfully attempt an intervention.

Another male can be heard shouting, “Guys, stop it. Guys, stop it, it’s an airport!” as a female demands, “You’re going to get in trouble. Don’t do that. Come on, guys!”

What else do we know about this?

At the time of this reporting, Corben’s video has been viewed more than 1.8 million times.

A spokesperson for the airport told
Fox News in a statement that the brawls resulted in at least one arrest on charges of disorderly conduct.

The news outlet reported, “Authorities noted that the victim attacked by the one individual arrested did not want to press any charges. The victim was treated by Miami-Dade Fire Rescue for minor injuries and was released on the scene.”

A cause of the fights was not disclosed, Fox reported.

WPLG-TV on Sunday later reported that the suspect was ultimately identified by police as 20-year-old Jameel Tremain Decquir.

Tulsi Gabbard issues plea to Americans to reject ‘racialization’ of everyone and everything: ‘We are all children of God’

Meghan McCain tears into LeBron James on ‘The View’ for his tweet: ‘Putting that police officer’s life in danger’

Donald Trump returning to social media within 3 months on his own platform to ‘redefine the game’: top aide

CPAC reportedly cuts rapper from lineup after reports of anti-Semitic behaviors. Rapper fires back, calls it ‘censorship at its best.’