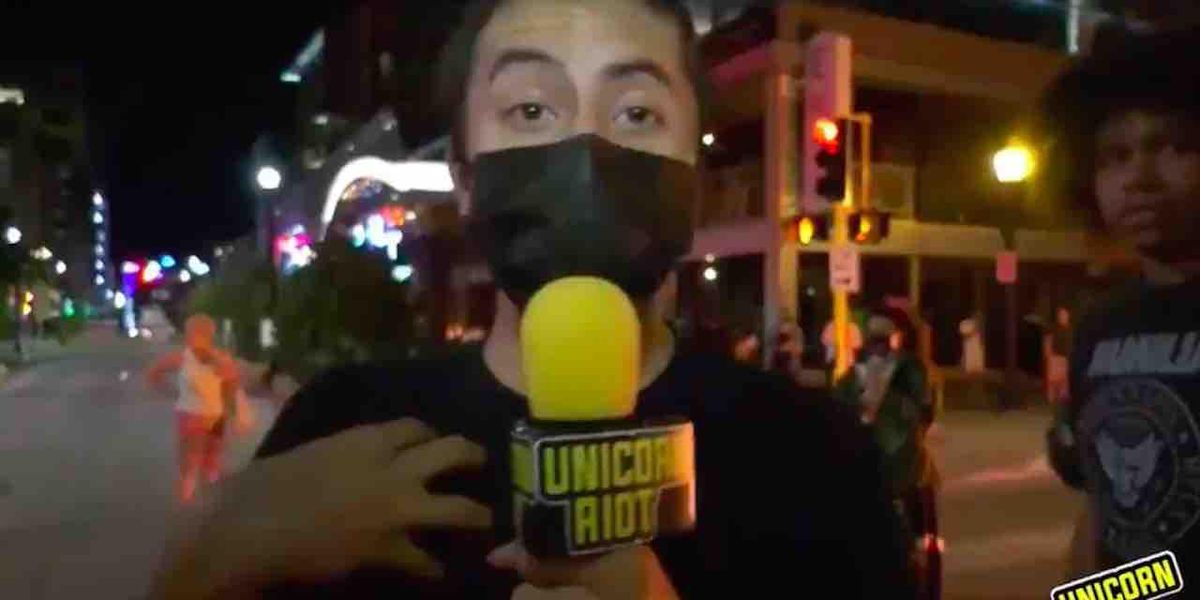 In case there’s any remaining doubt that some woke mouthpieces are far more interested in the acts of protesting and rioting than the people they’re supposedly standing up for, let’s have a look at a video of one protester who hit the streets of Minneapolis Thursday night after
U.S. marshals fatally shot 32-year-old Winston Boogie Smith, who was wanted for being a felon in possession of a firearm.

Unfortunately, the guy who was protesting for Smith couldn’t remember his name.

The clip begins with the unnamed fellow saying off camera as a fire rages nearby, “Like, talk all that s**t … show, like, hold that space obviously for [pause] I’m not gonna lie, I forgot his name, but like —”

“Winston Smith, thank you,” the protester continues, his memory restored.

He then adds without a hint of shame that “we here, you know, showin’ solidarity for Winston Smith and, uh, I didn’t even know about it, like, I don’t think any, like, f***in’ media knows about this s**t, either. So just so y’all know, the person that was shot up in there, his name is Winston Smith. Don’t forget that name: Winston Smith. Say his name, make sure y’all remember this s**t because we’re gonna fight for him just the same f***in’ way we fought for George Floyd.”

Don’t forget that name, eh? One wonders if the guy spent any time afterward practicing what he preached.

Content warning: Lots of profanity; not a lot of brains:

“Not gonna lie, I forgot his name,” Antifa activist can’t remember who he’s out protesting for in Minneapolis. https://t.co/EqbFig7xFP

What are the details of the shooting?

According to WCCO-TV, the shooting occurred about 2:10 p.m. Thursday at a parking ramp where the marshals’ task force, in several vehicles, confronted a man sitting with a woman in a parked car. 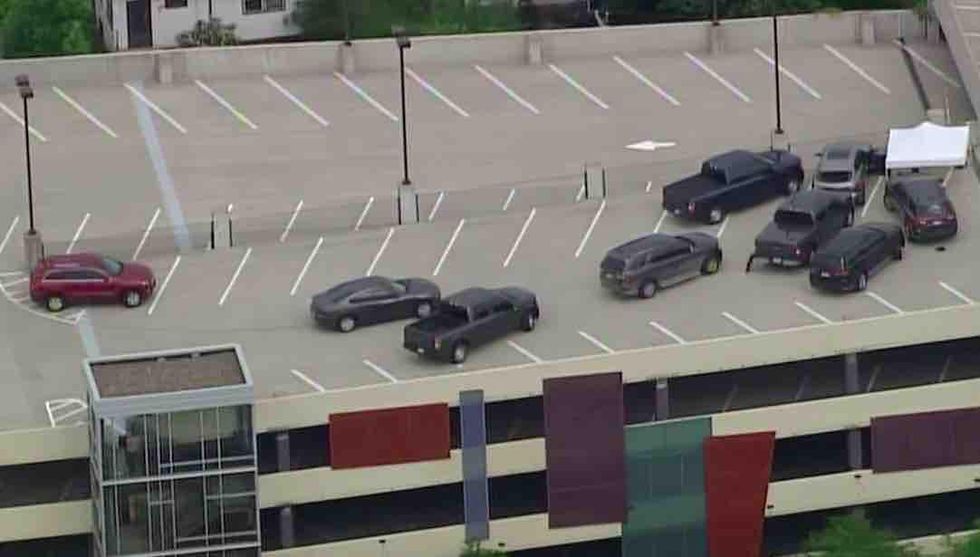 The man wouldn’t surrender and pulled out a gun, officials told the station, after which multiple task force members opened fire.

BCA added to the station that evidence indicates Smith fired his gun from inside the car and a handgun was recovered at the scene. WCCO reported that spent cartridge cases were found inside the driver’s compartment.

Smith died despite lifesaving measures performed at the scene, the station said, adding that his 27-year-old passenger was hurt by flying glass and treated at a hospital.

The Minneapolis Police Department told WCCO that it was not involved in the shooting.

According to information WCCO has gathered, Smith was convicted of aggravated robbery in 2017, received a stayed prison sentence and was put on probation. Smith also had a felony conviction out of Ramsey County for firearm possession in which he failed to appear for sentencing on May 19. As a result this warrant for his arrest was issued.

The U.S. Marshals Service does not allow for body cameras to be used for officers on its North Star Fugitive Task Force. BCA says there is no squad car footage of the incident.

WCCO added that during the unrest that followed the shooting at least one dumpster fire was seen on a street and several store windows were broken as police in riot gear patrolled the area. 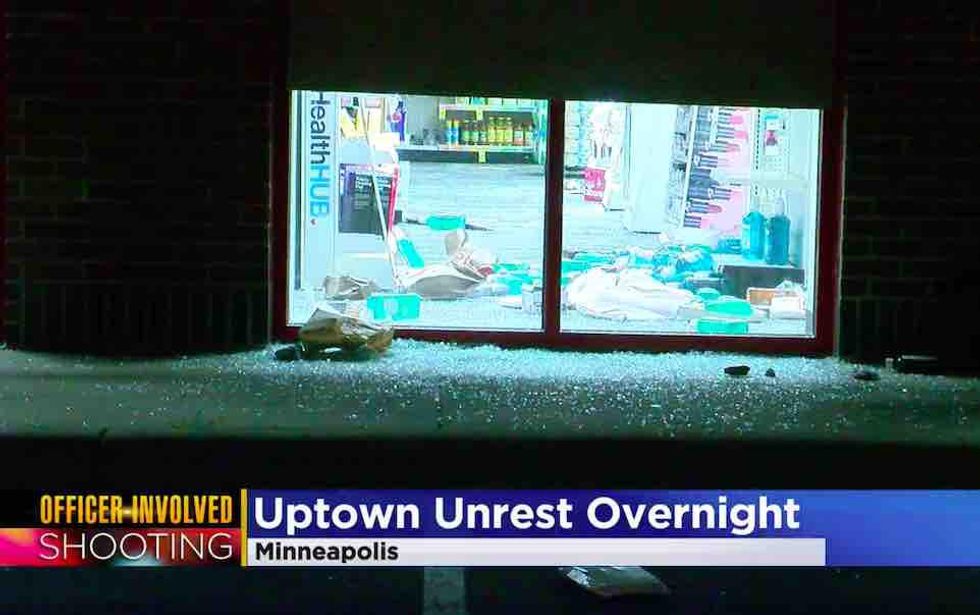 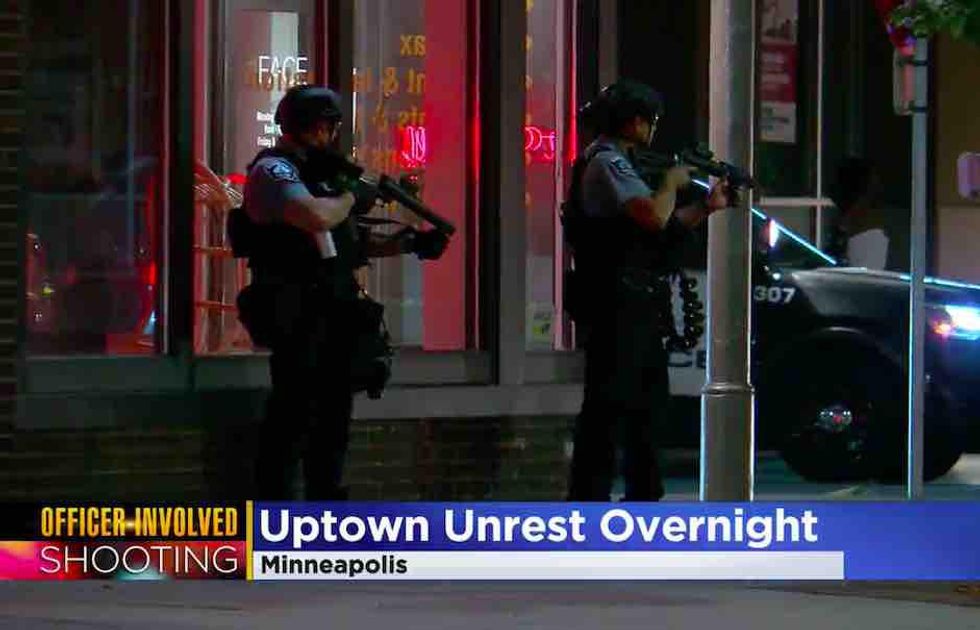 The station added that arrests were made but couldn’t confirm how many.