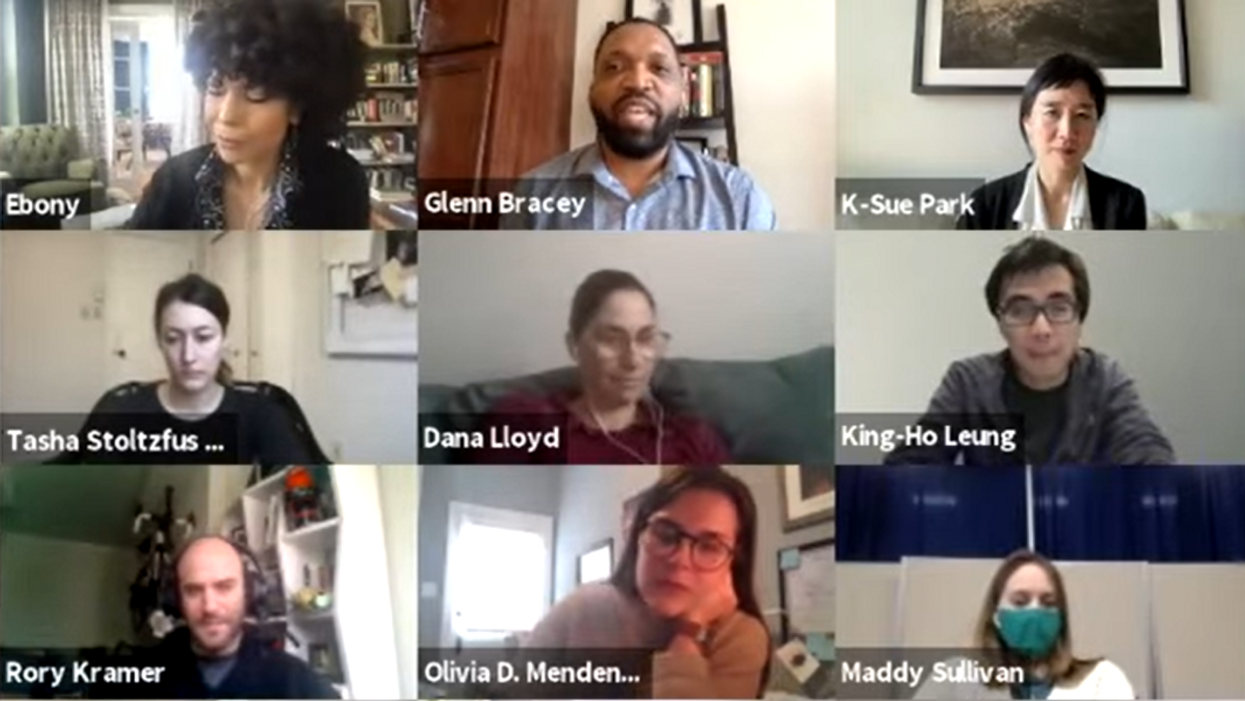 While many have been trying to hide any correlations and links between critical race theory and Marxism, one assistant professor openly admits that CRT is based on the teachings of socialist revolutionary Karl Marx.

Glenn Bracey, an assistant professor of sociology and criminology at Villanova, is a strong proponent of critical race theory because it has Marxist roots. Bracey made the admission during a remote discussion about critical race theory on Zoom. The seminar was posted on Villanova’s official YouTube channel, which turned off comments on the video titled: “What is Critical Race Theory?”

Bracey appeared to promote critical race theory at the private Catholic institution by comparing the controversial ideology to religion.

Bracey then admits that the anti-racist ideology of CRT is rooted in Marxism.

“So the core question for critical race theory is one of releasing people, especially people of color, especially black people, from the oppressive systems that deny us access to our species being, including racism. It’s Marxism,” the assistant professor stated.

“Marxism is fundamentally a spiritual concern, and it’s the same spiritual concern that Evangelical Christians have, and that they believe that all people are made in the image of God, and they are endowed by their creator with special abilities, creativity, individuality that needs to be manifested in the world,” he said.

“So the church and critical race theory actually have the same purpose with respect to the Marxist origins, even though Evangelicals don’t seem to recognize that,” he added.

“Evangelical Christians are very upset about critical race theory because it is self-consciously grounded in Marxism,” Bracey proclaimed. “Now, when Evangelical Christians hear critical race theory is grounded in Marxism, what they hear is, religion is opiate of the masses, that religion is a distraction from justice, that religion is nothing more than fictions that are—that make people deviate from reality.”

Critical Race Theory is based in Marxism.

Marxist ideas led to the death of an estimated 100 million people in t… https://t.co/TNNCd9URk9

“Racism is the everyday operation of our American system,” Bracey declared. “Racism is permanent. Not because of objective reasoning … but because whites are fixated on blackness and anti-blackness, and they orient different other racial groups in the middle of white and black in order to protect their own superiority.”

On Bracey’s profile page on the Villanova website, he lists his “areas of expertise” as race and politics, sociology, Black Lives Matter, critical race theory, race and law, social movements, and Colin Kaepernick.


What is Critical Race Theory?