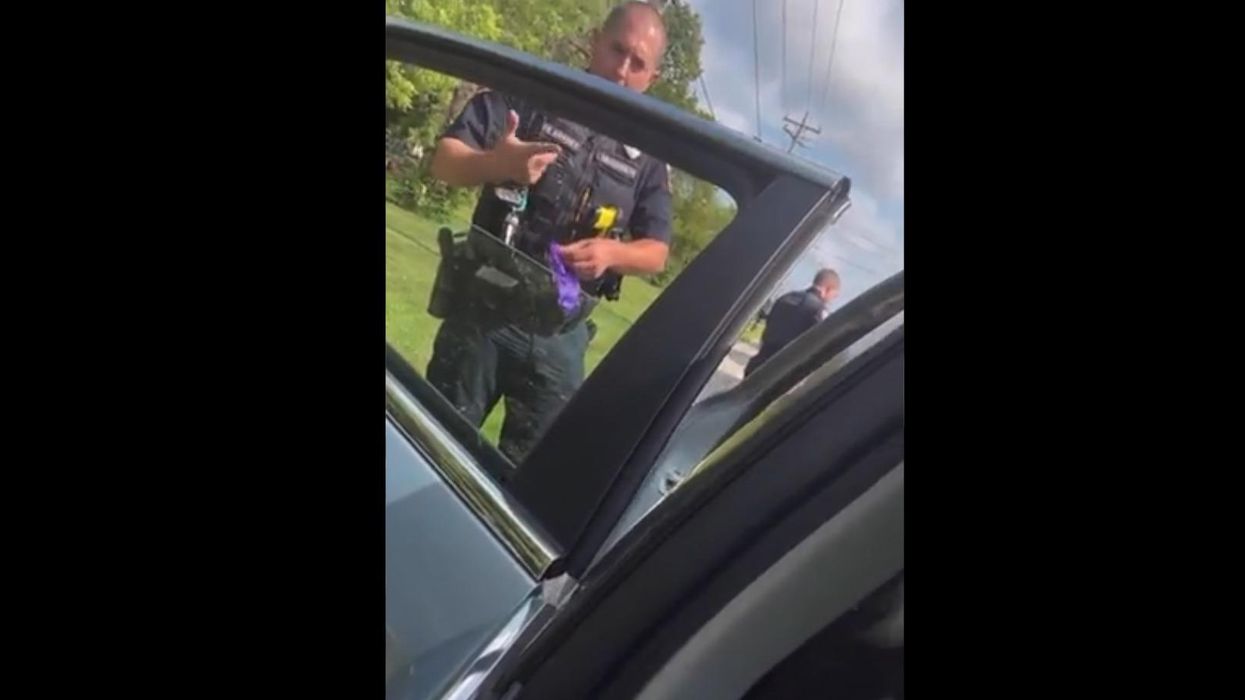 What does the viral video show?

The short 14-second video shows an officer with the Village of Caledonia Police Department in Caledonia, Wisconsin, toss an item into the backseat of a vehicle that was allegedly pulled over for traveling 63 mph in a 45 mph zone.

“Hey bro, what’s that?” the passenger of the vehicle asked the police officer who threw the item into the car.

“What’s what?” the officer responded.

“What you just threw in here. I got you on camera, bro,” the passenger responded.

The passenger then panned his camera to show what the officer appeared to toss into the backseat of the car. The officer told the passenger that he was also recording the interaction, presumably through his officer bodycam.

What does the officer bodycam footage show?

Body camera footage posted by the police department on Saturday shows the bag that was thrown into the car, as seen in the viral video, had been retrieved from a passenger before the viral video began. The viral video only showed the officer returning the material to the car.

“While we would discourage officers from discarding items into a citizen’s vehicle, the video is clear that the officer is NOT planting evidence or doing anything illegal,” Botsch added. “Additionally, the empty corner tear is not itself illegal.”

No arrests were made during the stop. Only the driver was cited for speeding, Botsch said.

Grand jury opts not to indict officers who shoved elderly protester to the ground, leaving him with a brain injury