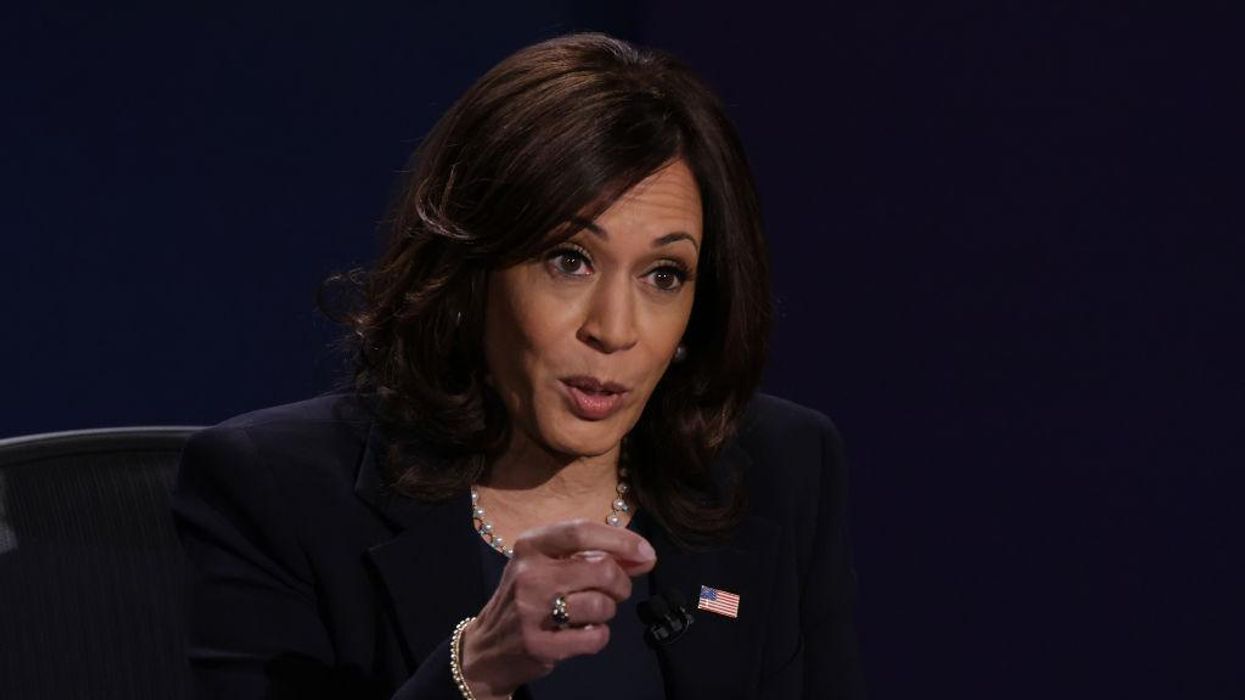 Vice President Kamala Harris, the point person for managing the ongoing immigration crisis at the U.S. southern border, argued on Sunday that those suggesting she actually visit the border are “playing political games.”

Harris — who has yet to visit the border since being put in charge of the crisis more than a month ago — made the claim in an interview with a local New Hampshire news outlet while she was in the Granite State to tout the Biden administration’s infrastructure plan.

“Republicans are attacking you, saying you shouldn’t be in New Hampshire talking about infrastructure, you should be at the southern border talking about immigration,” a reporter with WMUR-TV said before asking, “How do you respond to that?”

“I’m not going to play political games,” Harris shot back.

(The exchange happens at the 1:25 mark in the video below.)

The vice president then immediately pivoted into a stump speech about the Biden’s “American Jobs Plan” — the behemoth $2 trillion spending package, described as an infrastructure bill, which ironically spends next to nothing on highways, bridges, and roads in comparison to the money it doles out for progressive policy initiatives.

The WMUR-TV reporter framed the question by noting objections from Republicans. However, the vice president’s failure to visit the border, or even so much as hold a press conference on the border crisis, has drawn some scrutiny from the left, as well.

The Daily Beast ran in article last week headlined, “Where in the World Is Kamala Harris? Spoiler: Not at the Border.”

Harris was appointed by President Joe Biden on March 24 to lead the administration’s efforts to stem migration amid the current surge, which has resulted in thousands of unaccompanied minors being held in grim, cage-like facilities along the U.S. southern border.

Tens of thousands more adult migrants have been released directly into the U.S., presumably without court dates, as the administration struggles to maintain the rapid influx of migrants flooding the country in anticipation of lenient treatment from the new president.

A senior administration official said at the time that Harris, working with Mexico and the Northern Triangle countries — El Salvador, Guatemala and Honduras — would focus on curbing “the current flow of migrants and implementing a long-term strategy that addresses the root causes of migration.”