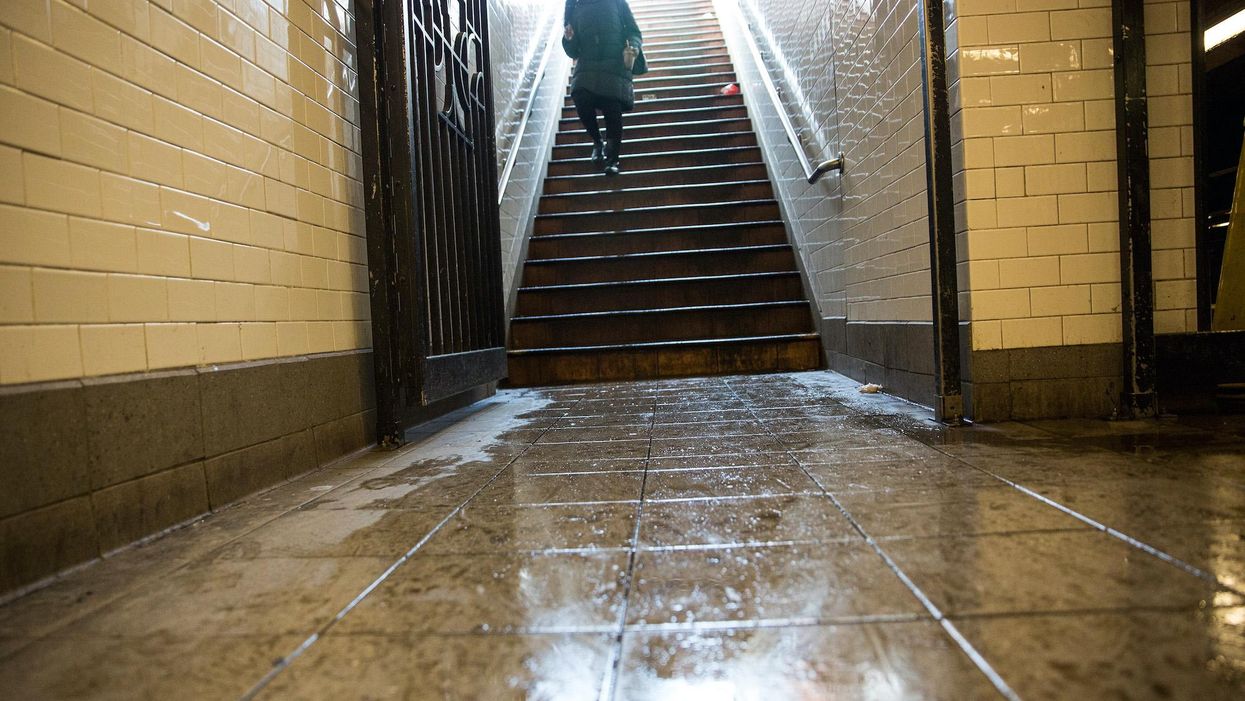 A woman suffered a critical head injury after she and her son were yanked down subway stairs during a botched robbery Saturday morning in Manhattan, a borough of New York City.

Police said a male tried to grab the backpack off of the back of 22-year-old Kyaw Zaw Hein while he was walking with his 58-year-old mother, Than Htwe, up the stairs about 10:45 a.m. of the Canal St. Q train station.

Hein and Htwe fell backward down the stairs and she suffered a severe head injury. Hein also suffered minor injuries in the robbery attempt.

Medics took both of them to Bellevue Hospital where Htwe underwent surgery for the head injury.

Hein told the New York Daily News that he and his family were in shock as they stood by his mother at the hospital.

A female relative said there was about an 80% chance that Htwe might die from her injuries.

“We don’t know if she’s going to make it,” the distraught woman said.

Police released images of a suspect caught on surveillance video as he walked through a turnstile. They’re asking for help from the public to identify the man, who was wearing a white bandana, black pants and a gray T-shirt at the time.

WANTED for ATTEMPTED ROBBERY: On 7/17 at 9:40 AM, inside the Canal St “N” subway station in Manhattan, the suspect… https://t.co/ATmPmb0lhw

Hein said that his mother moved from Myanmar in 2018 to be with him, her only child.

“She came here for me. For my education,” he said.

He went on to say that his father is completely heartbroken over the incident and breaks down in tears when he sees her belongings in their home.

“The most important thing I have to tell you is, if you have a mother, take care of her,” Hein added.

Here’s more about the harrowing incident: