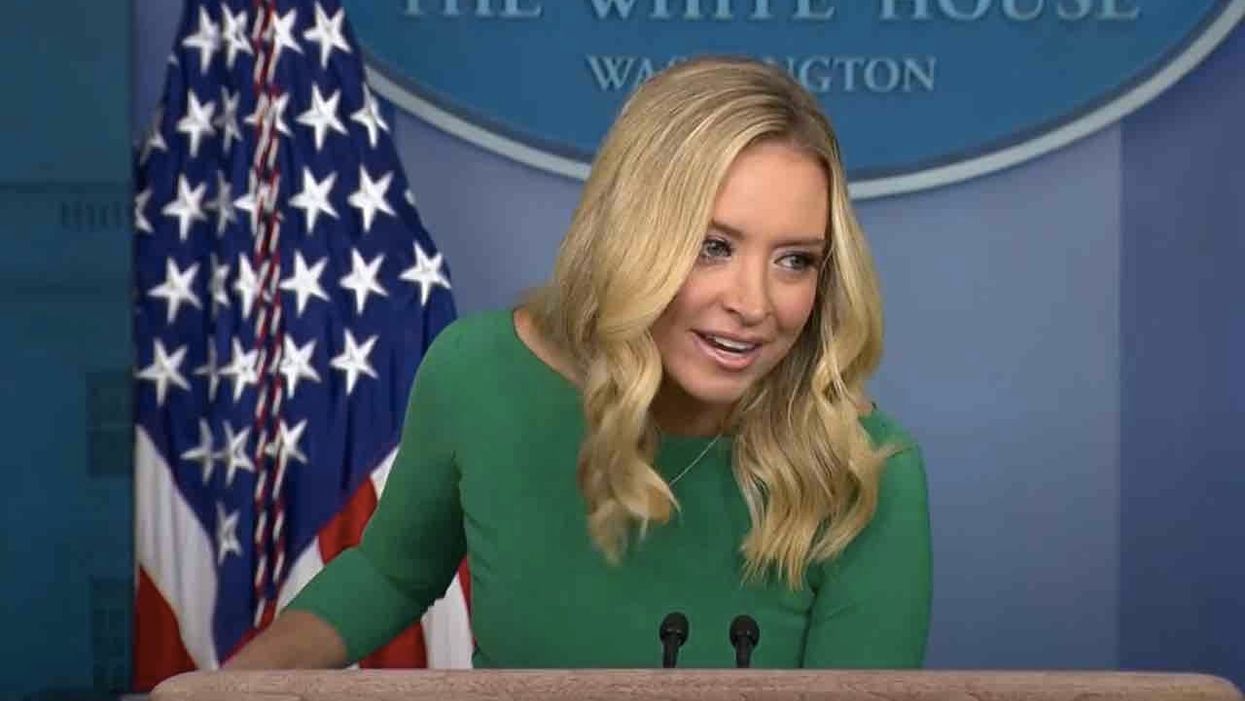 White House press secretary Kayleigh McEnany tossed some shade at a reporter Friday at the end of her news conference, refusing to answer multiple questions shouted at once while beginning to walk away from the podium — and then turning back to let rip a parting shot.

“I don’t call on activists,” McEnany said, bending down briefly to speak into the microphone before finally departing.

Oh, and did that ever irk one voice in the crowd, as a reporter quickly replied to the press secretary as she walked out of the room: “I’m not an activist, and you haven’t taken questions since Oct. 1, and you just took about five, Kayleigh. That’s not doing your job.”

CNN’s Kaitlan Collins later tweeted she was the target of McEnany’s mic-drop moment, noting that the press secretary called her an “activist” after being asked why she wasn’t calling on reporters.

And Collins added a zinger of her own: “It’s understandable why someone who hasn’t done their job — taking questions from reporters — in weeks would confuse someone else doing theirs with activism.”

Fox News said Playboy’s Brian Karem repeatedly shouted at McEnany during the briefing with questions about when President Donald Trump will admit he lost the election.

“Do you understand the definition of sedition? Do you understand that he lost?” Karem shouted while McEnany was ending the press conference, the cable network noted, adding that another reporter appeared to shout a question also — which prompted McEnany to deliver her parting shot.

Fox News reported that Karem has a reputation for shouting at members of the Trump administration and even shared his own video of him shouting at McEnany before the end of the briefing:

NOW: question: “Do you understand what the definition of sedition is?” Also followed it with another question about… https://t.co/QYo8mijZ1d

More from the cable network:

Earlier this year, Trump called Karem a “loudmouth” during a coronavirus press briefing in the Rose Garden.

Deals March 7, 2021
0
Walmart has select *Nintendo Switch Games* on sale listed below for *$38.88* each. *Shipping is free*, otherwise free curbside pickup is available where stock...