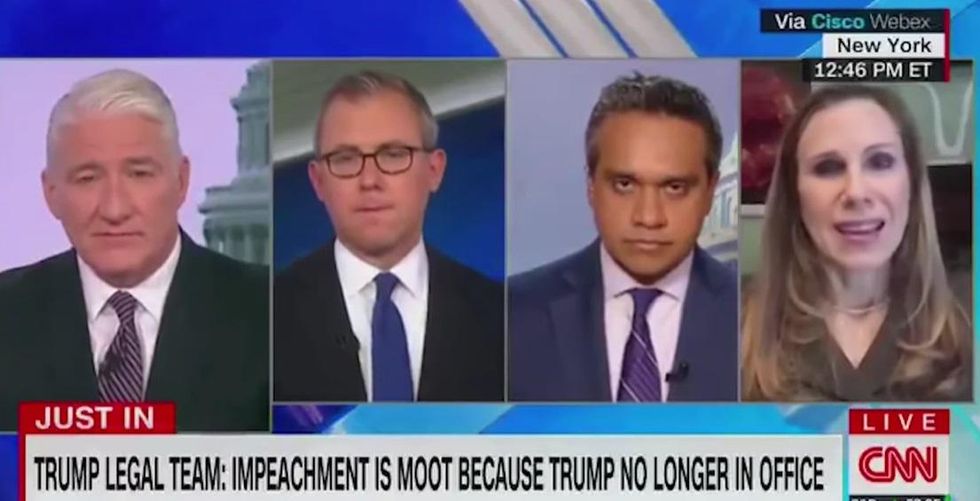 During a panel discussion about next week’s Senate impeachment trial, Rodgers took aim at Trump lawyer’s legal arguments that it’s “unconstitutional” to try a former president and that Trump’s remarks at the Jan. 6 rally, which preceded the Capitol Hill riot, was protected by his First Amendment right to free speech.

Dave called Rodgers’ erroneous claim “extraordinary,” noting that “we would all be in jail” if, in fact, the government could punish our fibs with jail time.

“Umm, yes you have First Amendment right to lie. What an embarrassment (and prime purveyor of lies) CNN is,” Dave remarked on Twitter.

Watch the episode below: