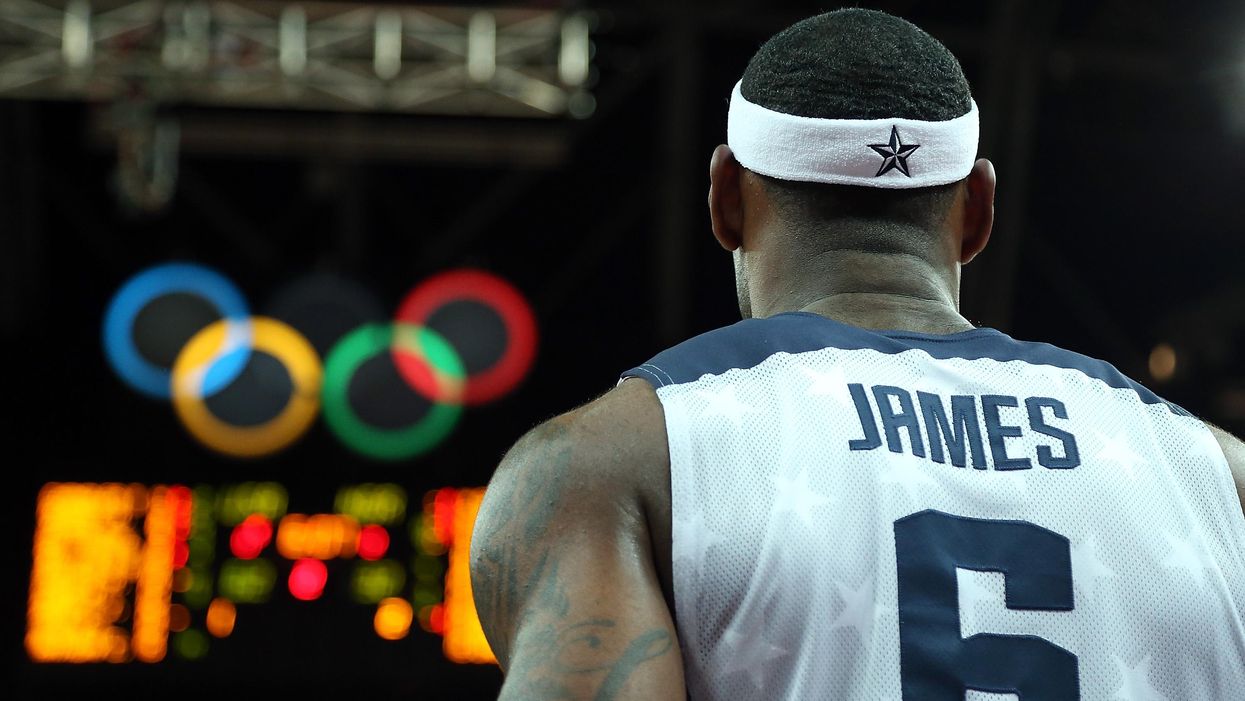 I’m talking about the indifference I felt Sunday morning as I watched Team USA fall to Team France 83-76 in both squads’ Olympic opener. I know LeBron isn’t on the team. He chose “Tude Squad,” aka “Space Jam 2,” over Team USA. Kevin Durant and Damien Lillard are the superstars of our Olympic team.

Doesn’t change the fact that LeBron killed American basketball. He certainly killed the fanatical passion many of us used to feel watching the best in the world compete in the Olympics and NBA playoffs.

Now, I mostly feel indifferent. I don’t care. That’s probably good news for our passionless Olympic men’s basketball team. They’re under no pressure to bring home the gold. No one cares. We just don’t want to see our multi-millionaire athletes on the medal stand performing some sort of George Kaepernick Floyd publicity stunt under the pretense of protesting injustice. If that means finishing in second, third, or fourth place in these Olympics, so be it.

That’s LeBron’s legacy. He spawned American basketball indifference. He jumped from team to team. He symbolizes former commissioner David Stern’s vision of the superstar being more important than the team, the individual brand taking precedence above The Logo and even the American flag.

LeBron symbolizes the America Second movement, the prioritization of China and Nike ahead of the United States of America.

American basketball is in a worse place than where LeBron found it.

LeBron dropped the basketball torch handed to him by the game’s greatest ambassadors, the men who ignited, protected and grew the NBA flame into an inferno.

Thirty years ago, when Michael Jordan, Magic Johnson and Larry Bird led a Dream Team into the 1992 Olympics, there was talk that the NBA would overtake football as America’s pastime. Magic, Air Jordan, Larry Legend, Sir Charles, The Admiral, The Mailman, The Glide, and Pip were household names and American superheroes. They barnstormed Barcelona, repped American exceptionalism and made us all swell with pride.

Now we swell with indifference.

This generation’s transcendent player dampened our passion. Why root for your country when many of the people representing your country act like they hate your country? Indifference defines these Olympics, and it defines a lot of old-school sports fans’ feelings toward our professional basketball players.

It’s not all LeBron’s fault. He’s just the face of the me-first, social media athlete. He decided to wrap himself in the Black Lives Matter flag. He gets the lion’s share of the blame because he’s the one athlete who could have made a difference pushing back against the anti-American tide. Instead, he sold out. He accepted all the checks for lending his name to bad TV projects and political campaigns built on race-baiting.

He’ll be a billionaire soon. But his legacy will always be polarizing and less than what it should be. His disingenuousness has harmed his likability. His Space Jam movie isn’t half-bad. No one cares. It’s a box office disaster. LeBron sacrificed half of his domestic appeal to serve Nike’s China interest.

Post-playing career, LeBron is not going to age well. He won’t be beloved the way Muhammad Ali was and Magic Johnson is. Ali stood against the Vietnam War. Magic has battled AIDS with dignity. Ali and Magic fought something real and dangerous. Lebron? Well, he compared himself to Emmett Till’s mother after an unidentified bandit allegedly spray-painted the back gate on his $20-million mansion. Oh, and he pretended to be petrified of going outside. LeBron’s a real freedom fighter.

He also won’t be exalted as a competitor and champion the way we revere Michael Jordan. Not by sports fans, at least.

When the Left is done using King James, his sycophants and propagandists will discard him and fetishize the next useful idiot identified by their paymasters.