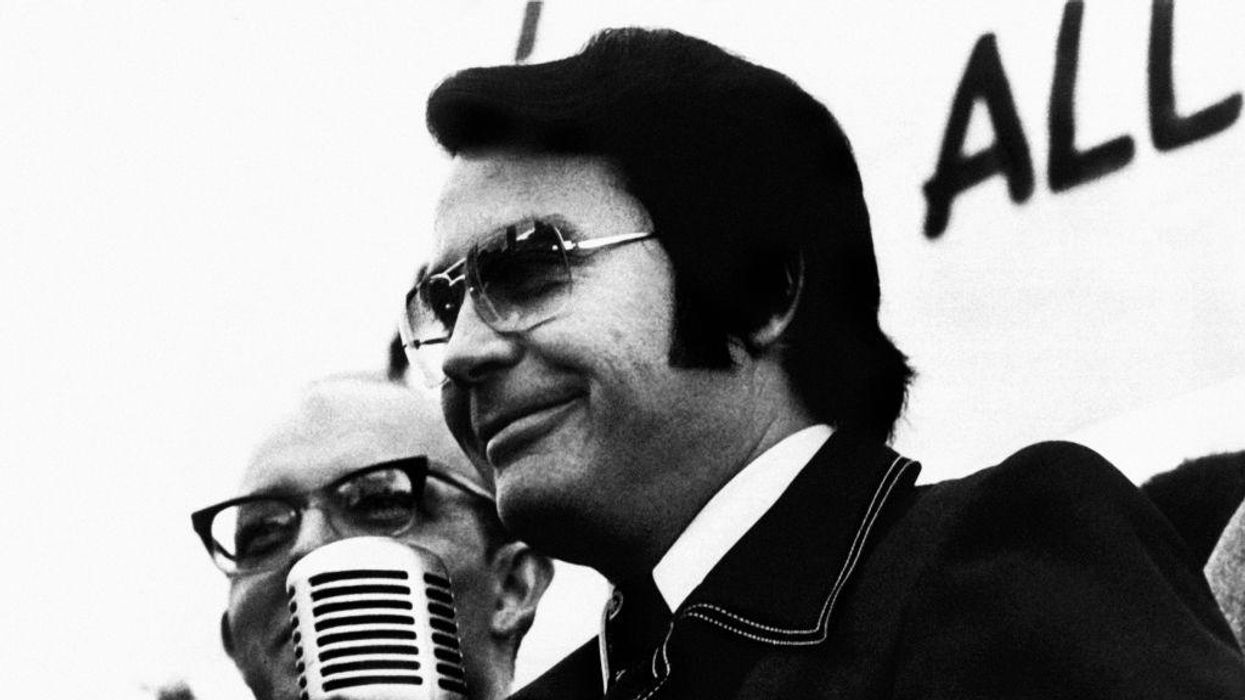 Donald Trump is not Jim Jones. CNN’s Brian Stelter and the rest of corporate media have far more in common with the disgraced cult leader than America’s 45th president.

Some of you will reject that assertion of fact because you’ve been programmed to hear any defense of Trump as an attack on you. Your Trump obsession blinds you from recognizing the harm of your corporate and social media obsessions.

“You look at Donald Trump,” said Speier, who survived five gunshots at Jonestown, “a charismatic leader, who was able to continue to talk in terms that appeared to those who were disaffected, disillusioned and who were looking for something much like those who became part of Jim Jones’ congregation, the Peoples Temple.

“They were lost souls, and the only difference between Jim Jones and Donald Trump is the fact that we now have social media. So all these people can find themselves in ways that they couldn’t find themselves before.”

This is not the first time Speier has analogized Trump to Jones. As best I can tell, she started making the comparison shortly after the 2020 election. Back in December, she spelled out the Trump-Jones parallel in an interview with the Daily Beast. Speier was in Jonestown in 1978 as a political aide helping to investigate allegations of abuse. Her boss, Congressman Leo Ryan, was murdered shortly before the mass suicide.

Here’s the problem for Stelter and Speier. Jim Jones’ rise to infamy began in Indianapolis, my hometown. Jim Jones is no mystery to me. The Jonestown massacre was major news in Naptown and in my household. In the 1950s and ’60s, my grandmother, mother, and aunt all made several visits to Jones’ church. Black religious leaders and people found Jones’ message irresistible. How could they not? He was as dynamic an orator as Rev. Martin Luther King Jr. Jones promoted racial unity and political activism at a time when segregation ruled the country. He aspired to be the white MLK. He proved to be a brilliant manipulator of scripture and people.

Before moving to California in 1965, Jones mastered the art of packaging political Marxism with Christianity.

By the time Jones and the Peoples Temple established their headquarters in San Francisco, Jones felt comfortable enough to fully unveil his true agenda, communism. He disavowed Christianity and the Bible. He argued the Bible was a weapon used to oppress black people and women. He preached that America was irredeemably racist and fascist.

Jim Jones used the Black Lives Matter formula 50 years ago. When you refuse to learn from history, you repeat it.

Black people, we’re repeating history. The atheist, satanic clowns on CNN, MSNBC, at the New York Times, the Washington Post, and posting on Facebook, Instagram, and black Twitter are feeding you Marxist Kool-Aid. Donald Trump is the sugary sweetener. He makes the Kool-Aid taste good on the way down.

Brian Stelter, Jackie Speier, Racial Maddow, Don Lemon, and perhaps the minister at your church are telling you: “Drink this Trump hate. It will make you feel better.”

Hate isn’t a solution. It’s a delusion that leads to awful alliances, terrible decision-making, and a convoluted worldview.

Jim Jones was a communist from day one. He attended Communist Party USA meetings long before he became an ordained minister. He pretended to be a Christian to attract a following.

He moved to California to do what thou wilt. He headquartered in San Francisco because the environment there was more tolerant of his sexual perversions. He fled for Guyana in 1977 because a journalist was going to expose his cult’s abuses. The San Francisco Chronicle, aka corporate media, wouldn’t publish Marshall Kilduff’s expose. He published it in a monthly magazine.

Jones left for his communist jungle paradise the day an editor at the magazine read him the allegations seeking comment.

Jones was a white liberal prescribing Utopian death for black people. In Guyana, he literally instructed his followers to use the Bible as toilet paper. Sixty-eight percent of the people who moved to Jonestown were black. His United States following was estimated to be 80 percent black.

How many times are we going to fall for the exact same banana in the tailpipe?

Corporate backing of the Jim Jones-Marxist playbook does not sanitize the wickedness. Neither does the support of LeBron James, Colin Kaepernick, Megan Rapinoe, Maxine Waters, Nancy Pelosi, Al Sharpton, and Stacey Abrams. Jackie Speier, the Jonestown victim? She’s a typical political opportunist. She knows the Jonestown tragedy was a direct result of the kind of radical, far-left politics promoted today by Black Lives Matter and Antifa and embraced by the Democratic Party.

The new Peoples Temple is the BLMLGBTQ+DNC Alphabet Mafia. It’s a cult of atheist political activists who preach anti-American sentiment as a way of pushing Marxism.

Your preacher is likely a brainwashed member of this cult. If he’s not a member, he’s probably a sympathizer who fails to recognize the danger of his sympathy. Or he’s just a bad minister who lacks the courage and resolve to stick to the gospel.

The promise of man-made Utopia and the demonization of America’s failures are a shortcut for building a following. Social media apps are flooded with Jim Jones wannabes. They call themselves Shaun King, Jemele Hill, Bishop Talbert Swan, DeRay Mckesson, Charlamagne Tha God, among other things.

Donald Trump is a lot of things, some of them clearly bad. But he’s not the second coming of Jim Jones. The people using religion and politics to bait black people and America into preferring communism and abandoning Christianity are not Trump supporters. They’re Trump haters.