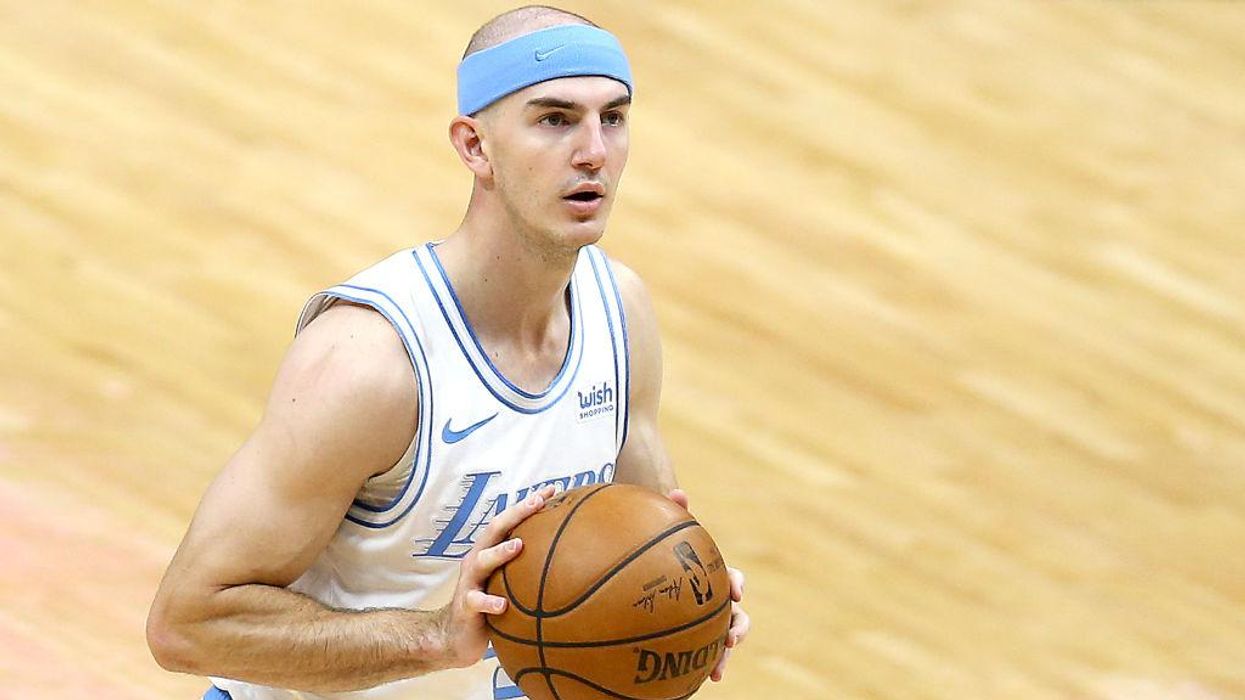 Those of us waiting for professional sports to bottom out and learn a hard lesson for embracing anti-American sentiment need to anchor down for a much longer wait than we anticipated.

NBA free agency, which started on Monday, serves as a reminder of how little we seem to matter in this new and woke America. It’s business as usual in the NBA. Players many of you have never heard of are signing massive contracts.

Shai Gilgeous-Alexander inked a $172 million deal with the Oklahoma City Thunder. Norman Powell received $90 million to return to the Portland Trail Blazers. Daniel Theis signed a $36 million deal to join the Houston Rockets. Evan Fournier agreed to take $78 million over the next four years from the New York Knicks.

Alex Caruso, the backup point guard for the Los Angeles Lakers? The bald white guy who wears a headband? He averaged 6 points last season. The Bulls gave him a four-year contract worth $37 million on Monday. He’s going to make more money in four years than Magic Johnson made in 13 NBA seasons.

Alex Caruso, no relation to the seaman Robinson Crusoe.

For the past few years, traditional sports fans convinced themselves that eventually pro sports and pro athletes would pay a harsh price for the insanity Colin Kaepernick started five years ago. We watched the TV ratings dip in basketball, football, and baseball. We assumed the negative economic impact would quickly be passed on to the woke players.

That’s how capitalism works. Or worked.

For many of us, sports operated as a microcosm of the larger society. We envisioned telling young people: “See, you can’t stick your finger in the eye of your customer base. The customer is always right.”

That’s not true anymore. Professional sports operate now as a microcosm of the Hollywood movie industry. Message is far more important than the product. There is no negative consequence for bad product, declining box office receipts, or lack of relevance. Our current economic entertainment system only penalizes bad messages. Failure to tow the woke line results in a loss of revenue.

LeBron James’ “Space Jam 2” is a box office failure. No one cares. It sends the right message. Most of the movies in contention for the Academy Award for best picture aren’t very compelling and underperform at the box office. This has been going on for at least a decade. I first noticed it in 2013 when “12 Years a Slave” won three Oscars, including best picture. The movie is virtually unwatchable. It’s a collection of slavery brutality scenes strung together. There’s no humanity, not amongst the slaves or their captors. The lead character, Solomon Northrup, is separated from his wife and child. Northrup had been a free man. The movie should’ve tugged at your heartstrings over his loss of family and love. Instead, it terrorized your sensibilities. It was a horror flick.

It’s a bad movie. But it conveyed the right message: America is evil.

The NBA is a mediocre product in comparison to the league 25 years ago. It’s not as competitive or entertaining. The same is true for the NFL and Major League Baseball. There are no consequences for the decline in relevance or quality of play. No consequences the players can feel.

We’ve printed so much money that institutions that support the globalist agenda can operate without fear of consequence. Nike and other international corporations act as sugar daddies for the leagues that do their bidding.

No wonder the NFL is doubling down this season on social justice messaging. We’re not the target audience. The games are no longer about the fans at all. The games exist to push the product and agenda of major corporations.

The great reset in sports has happened, and there’s nothing we can do about it.