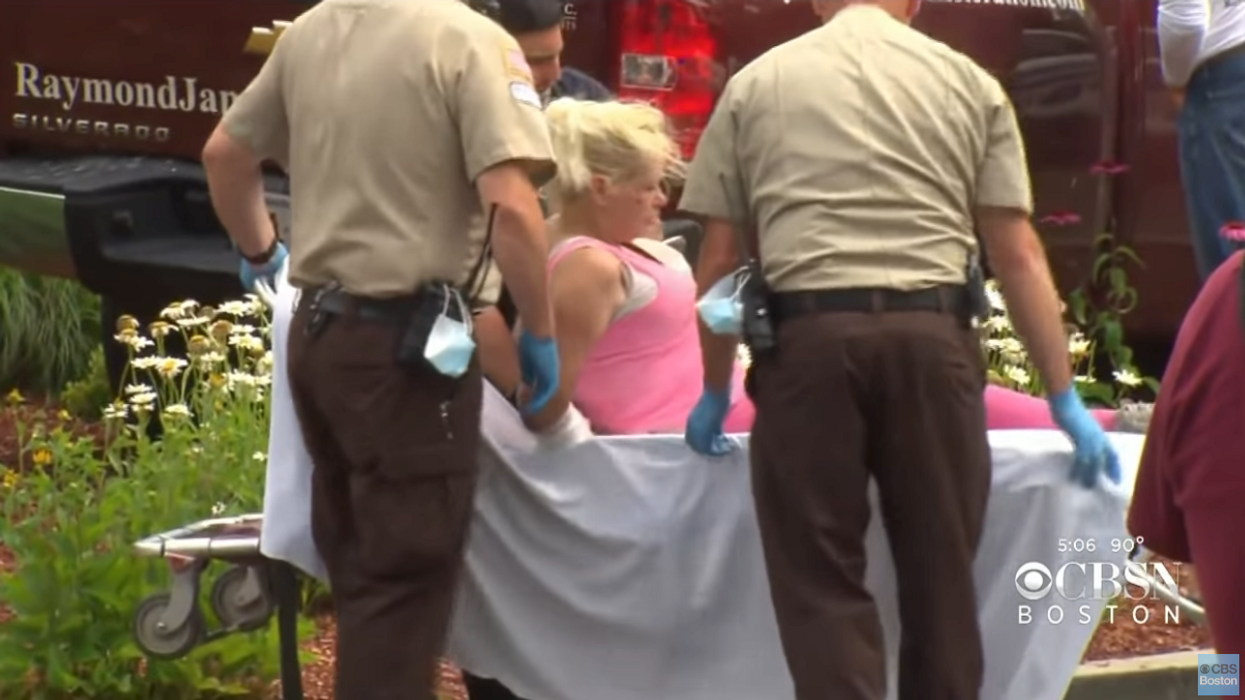 A woman in Massachusetts was arrested this week after police say she stole a truck, crashed into multiple vehicles, and even dragged one police officer 20 feet as she tried to evade law enforcement. Her getaway plan was ultimately foiled, though, when she stopped at a McDonald’s drive-through to order some food.

The incident occurred Tuesday morning at approximately 8:45 a.m. in Worcester, Massachusetts, when officers were notified that a local restoration company’s pickup truck had been stolen, WHDH-TV reported.

When police arrived at the scene, the owner of the truck said that a woman he did not know had hopped into the truck and driven away. He informed officers, however, that the truck was equipped with GPS and was able to be tracked.

Police took off in pursuit and were actually able to pull over the driver — later identified as 38-year-old Johanna Gardell — before she evaded arrest and drove off again. Here’s more from the WHDH-TV report:

Gardell allegedly weaved her way into oncoming traffic on Main Street where she struck a van. Two detail officers then approached the stolen truck to try and pull her out but officers say Gardell backed the truck up at a high speed and struck a cruiser behind her. In the process, she knocked down one of the detail officers and briefly dragged them.

… Gardell was later taken into custody when she pulled into the drive-thru lane at a McDonald’s on Shrewsbury Street to order food. Officers approached her there in an attempt to arrest her when they say she intentionally struck one of the cruisers, went off the road and got the vehicle stuck in some nearby mulch.

The officer who was dragged was reportedly taken to a nearby hospital with non-life-threatening injuries and is said to be doing fine. Gardell was also taken to the hospital for evaluation.

The whole chase took about an hour and a half, WBZ-TV reported, noting that the suspect made dozens of curious stops after stealing the vehicle and speeding away.

The owner of the vehicle, Raymond James, told the outlet that Gardell was likely trying to buy drugs.

Gardell was taken into custody and now faces more than a dozen charges for her escapade, “including failure to stop for police, leaving the scene of an accident with personal injury, assault and battery by means of a dangerous weapon, malicious mischief to motor vehicle, disturbing the peace, disorderly conduct and use of motor vehicle without authority, among several others,” according to ABC News.

The Worcester Police Department said the suspect will soon be arraigned in court and an investigation is ongoing.