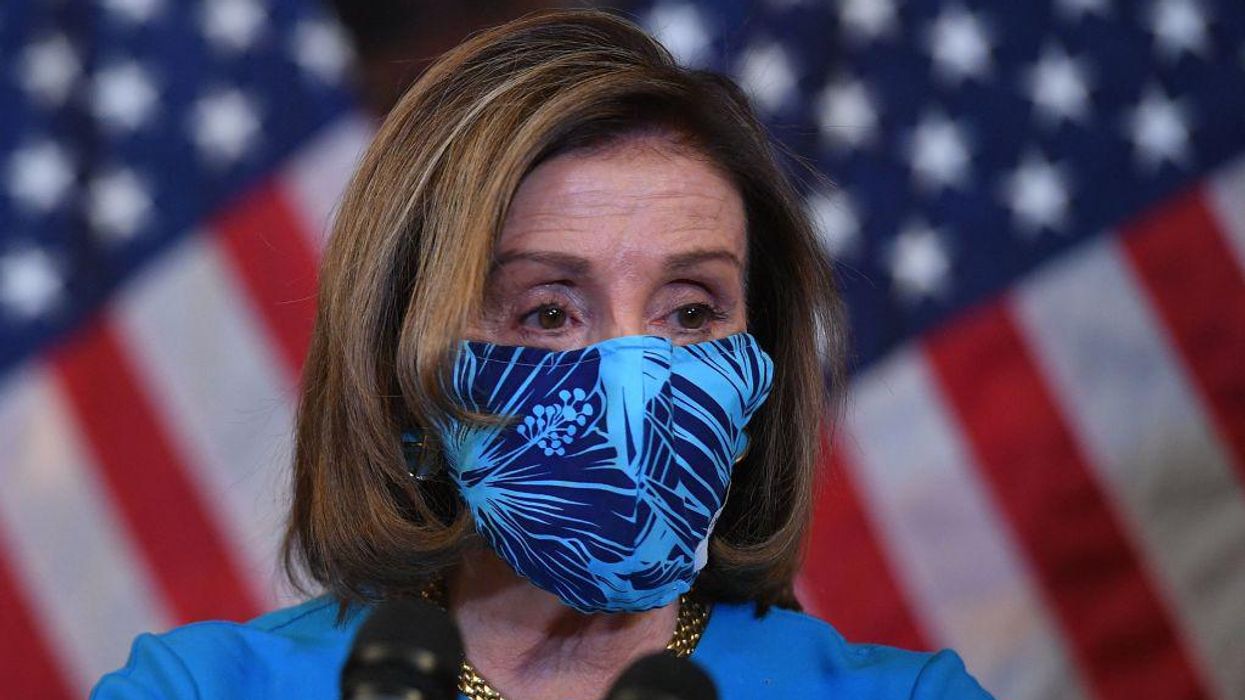 With her pipe dream of launching a bipartisan “independent 9/11-type commission” to investigate the circumstances surrounding the Jan. 6 riot at the U.S. Capitol foiled, Democratic House Speaker Nancy Pelosi (Calif.) is reportedly moving on to a “Plan B” that won’t require Republican cooperation.

The House speaker is said to be making arrangements for an entirely partisan probe to unearth the secret influences that she believes led to the incident, which Democratic lawmakers view as an attempted insurrection and a domestic terror attack instigated by former President Donald Trump.

In the new plan, according to Politico, Pelosi aims to effectively cut Republican influence out of the process by “tapping three House committees, run by Democrats, to do their own probe of how a violent, pro-Trump mob managed to overwhelm police and terrorize legislators.”

So much for bipartisanship. Though it should be noted Pelosi’s draft proposal for the grand commission would have given Democrats a 7-4 majority on the investigatory panel, anyway. In addition to that, Republicans in Congress suspected from the start that any 9/11-style commission into the incident spearheaded by Democrats would quickly turn into a political witch hunt.

Republican Senate Minority Leader Mitch McConnell (Ky.) said as much last month when he threw cold water on the proposal, characterizing it as “partisan by design.” He shot back at Pelosi by insisting that any “broader analysis of toxic political violence” must include a review of the Black Lives Matter riots that destroyed cities across the country last year.

According to Politico, even with talks stalled, Pelosi is still hopeful a commission can be formed and has recently circulated a “discussion draft” on the proposal to colleagues. But the House speaker is prepared to move on if no headway is made, the news outlet reported:

The speaker has made clear that her patience is not unlimited. And an aide indicated that the California Democrat is prepared to task the House Administration, Homeland Security and Appropriations committees with taking on the Jan. 6 inquiry if there are no bipartisan breakthroughs soon. The Appropriations panel has already gotten a head start, holding hearings on the Capitol Police budget that featured questions about the force’s role in the response to the attack.

It’s worth wondering whether Pelosi’s partisan “Plan B” was her “Plan A” all along, given that the chances of a bipartisan commission being formed were always quite low.

After all, the House speaker’s inclinations about what, or who, spurred on the attack would never have been embraced by Republicans in Congress. In a podcast conversation shortly after the riot, Pelosi and failed 2016 Democratic presidential candidate Hillary Clinton floated a conspiracy theory that Trump and Russian President Vladimir Putin worked together to plan the attack.