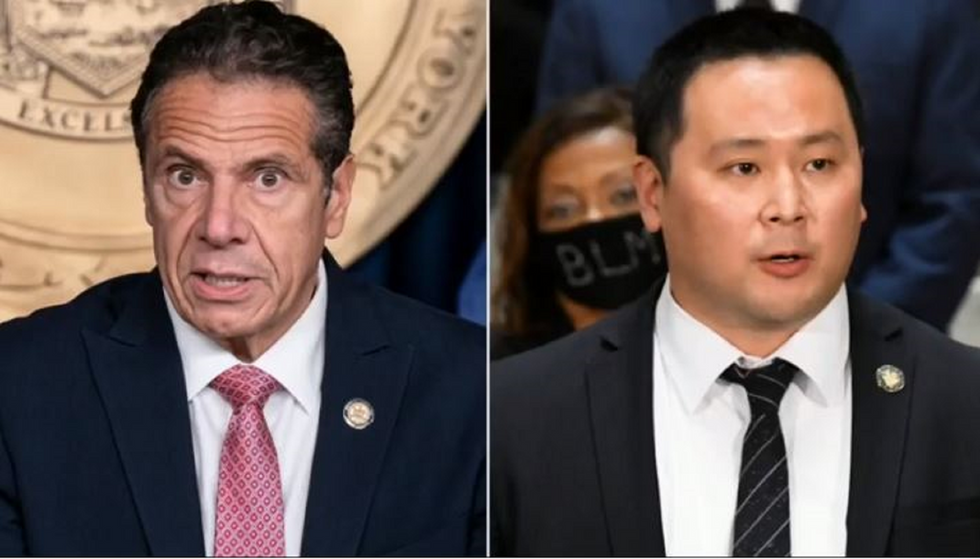 New York Assemblyman Ron Kim says fellow Democrat Gov. Andrew Cuomo threatened to ruin him while urging him to help mitigate the fallout against Cuomo after the lawmaker criticized the governor for underreporting COVID-19 nursing home deaths in the state.

Kim told The Post Wednesday that shortly after their initial report, Cuomo called his home last Thursday night while he was bathing his kids and threatened him — yelling so loud into the phone that Kim’s wife heard much of the conversation.

“At first, there was silence on the phone,” Kim recalled. “Then the governor says, ‘Mr. Kim, are you an honorable man?’

Kim said Cuomo asked him to release a statement “to say that Melissa DeRosa said there was a federal investigation and they had to deal with that first.”

According to Kim, Cuomo went on to say, “You have not seen my wrath. I have been biting my tongue for months. I can tell the whole world what a bad person you are and you will be finished. You will be destroyed.”

The assemblyman told the outlet, “After that call, we were devastated. My wife didn’t sleep at all.”

Kim says Cuomo called him again “four or five times on Saturday” but he ignored the calls.

During a media call on Wednesday, Cuomo acknowledged “a long hostile relationship with Assemblyman Kim,” calling him a liar and accusing the lawmaker of being involved in “pay-to-play” politics in the past.

What was the governor’s response?

Cuomo senior adviser Rich Azzopardi issued a statement following Kim’s claims, saying that Kim was “lying about his conversation” with the governor, saying “at no time did anyone threaten to ‘destroy’ anyone with their ‘wrath’ nor engage in a ‘coverup.'”

Azzopardi admitted, “We did ask for Mr. Kim to do the honorable thing and put out a truthful statement after he told the Governor he was misquoted in a news article, which he said he tried to correct but the reporter refused.”

The Post noted that “Kim has been among Cuomo’s most outspoken critics since his uncle, Son Kim, died in a nursing home in April after suffering symptoms of COVID-19.”

On Monday, Kim rebuked Cuomo‘s explanations for the false reporting on nursing home deaths, saying “all of it is BS” and accusing the governor of a cover-up.