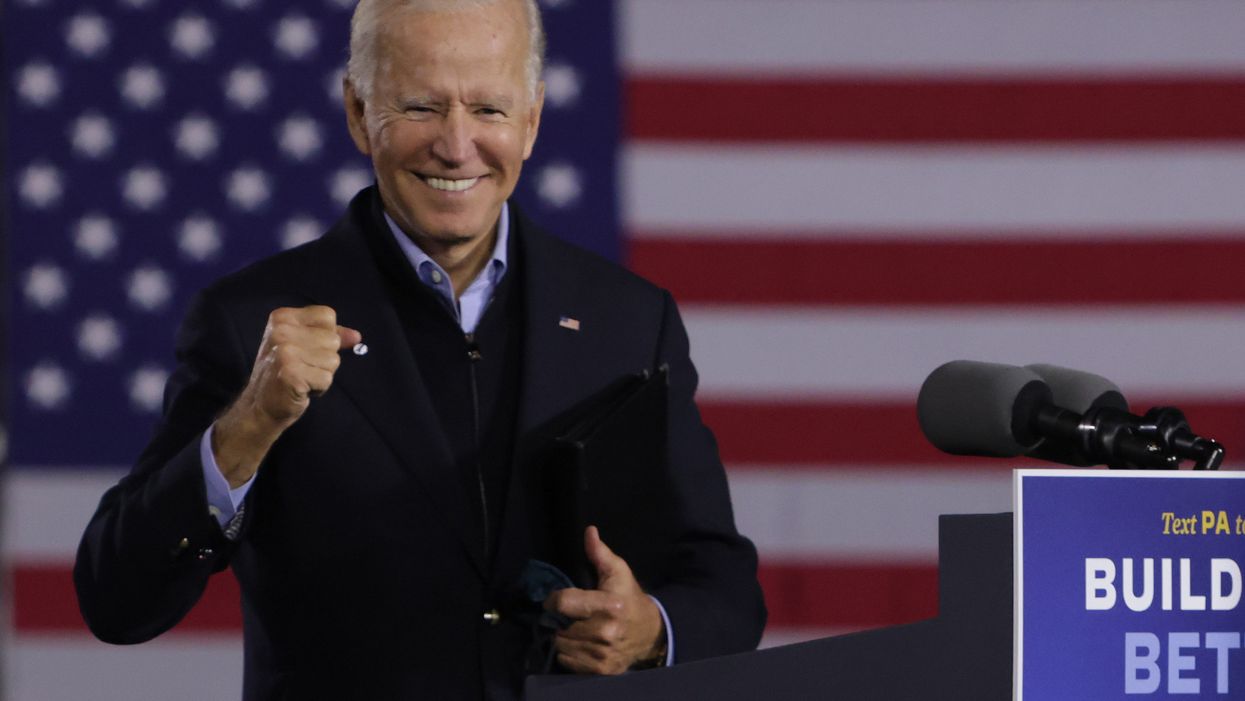 Cenk Uygur, founder and host of “The Young Turks,” said that former Vice President Joe Biden is insulting all of his voters for refusing to fight back against President Donald Trump.

As highlighted by Mediaite, Uygur shredded Biden on Thursday, pointing out that Biden and his camp appear to be unwilling — or unable — to take action on Trump’s legal efforts regarding the results of the 2020 presidential election.

“Apparently [Biden] called the press conference to say, ‘No, I’m not going to do anything.’ You might want to open your mouth and talk about how they’re trying to steal the election,” Cenk said. “They are on the opposite side of you. They’re right now trying to end democracy because they’re un-American. They’d rather have power than have a democracy. You might want to make that point so that people understand what is happening.”

He continued, “The Republicans are the worst in terms of what they actually do and the Democrats are the worst in fighting back for their voters, for everybody — it’s an insult to everyone who voted for Joe Biden that he refuses to fight back against Donald Trump.”

Uygur then went on to blast those Democrats and Democratic supporters who refuse to speak up against Trump.

“What could they possibly do? Here’s what they could do,” he continued. “There are two federal laws that Donald Trump potentially broke by reaching out to people who are certifying the election. It is interfering with an election and voting rights. These are the same two federal laws that Lindsey Graham also might have violated by interfering with the Georgia Secretary of State. One carries a one-year prison sentence. The Democratic leadership could say, ‘Look, we don’t know yet whether Donald Trump has broken the law by interfering with this election but if he has — and we are going to absolutely positively pursue this to the end of the Earth — we guarantee you that Donald Trump will sit in a prison cell for trying to steal this election and for trying to end our democracy. Not on our watch. This is a democracy, people’s vote counts, we’re going to fight for our voters and we’re going to fight for America.'”

Uygur insisted that Democrats need to fight back against Trump so that Biden’s future — as well as that of the Democratic Party — is secure.

“Now we’re having a giant national conversation, and everybody is talking about, ‘Should Trump go to prison? Did he break the law? Are they trying to steal the election?’ But are we currently having any of those conversations? No, the only people talking about stealing the election are the Republicans pretending the Democrats stole it,” he added. “Oh my god [Democrats] are so bad at politics. That’s why Joe Biden barely won against a racist, fascist, idiot con man. He could barely beat him this time and they lost to him last time. The Democratic Party is abysmal and we’ve got to turn that ship around immediately. These guys are going to get killed in 2024 – and that’s if they manage to take the White House in an election they actually won.”


Michigan Republicans: No Democracy For You

Kellyanne Conway says Trump has the right to sue over the election, but ‘it looks like Joe Biden and Kamala Harris will prevail’